Influence of Jeff Noon on my writing

Just been rereading Jeff Noon’s 2001 manifesto ‘How to make a modern novel’. This essay and Noon’s work in general, has been a massive influence on me since my brother Tom first loaned me a copy of Vurt in 1997.

Sometimes I even forget how much my work has been shaped by his. Looking over the Manifesto again, I’m struck by how many of Noon’s precepts have been incorporated into my work. Discussing a record by Richie Hawtin:

‘The CD consists of 38 pieces of music, played on a number of turntables, with two or three records being played simultaneously. Hawtin includes a diagram on the CD’s sleeve, which depicts where each record begins and ends. With this in mind, we could use Richie Hawtin’s CD as the template for a novel. We need to create 38 stories, which then blend into each other using the CD’s diagram as a guide. As one story comes to an end, another story, or two other stories, are mixed into it. These new stories are then carried on, until further stories are added to the mix.

Hawtin will return to the same record twice, or to a different remix of the record; we can use this technique to allow our various stories to reappear at different places in the narrative. There are no rules, only opportunities. Above all, imagine the pleasure gained from following the various stories through the mix.’

This is the exact route through which a lot of my work has come about. Always and all the time, creating tiny short fragments of writing – scraps of conversation, settings, characters, story arcs, anything. Then, whenever a larger work needs to come about, grab a selection of these pieces (the more disparate the better) and drop them in one place.

Now, how will these pieces fit together? Most of the time, they won’t. Any sort of coherent thread linking the fragments at this stage is an unlikely bonus. Nevertheless, find some links, somewhere, between some of the pieces. Put two different speeches in the mouth of one character, place two disconnected events in the same setting at the same time. When you’ve aggregated together some larger chunks, you can start hunting for the threads that will hold it together – and noting which pieces still don’t fit, no matter what you do to connect them.

Originally, I used to do this other writers’ words – again, borrowing from Noon’s lead. However, where Noon’s transformations left his source material utterly transformed, my pieces often ended up as pastiches of other people’s work – in music terms, more like a CD compilation than a proper DJ set. This was the criticism behind my 2003 play w3 w3lcome the future (actually, there were many and varied criticisms of w3w3, but that’s the one that I think was most relevant).

The one occasion where this sampling and remixing really came into its own was the frozen shape collective’s Chosei: Eternal Life (2002). The collective in question was myself, Nick McCorriston and David Shaw, and the show was produced by Opiate Productions as part of a double-bill with an adaptation of Edgar Allan Poe’s The System of Dr Tarr and Professor Fether. Nick, Muttley and I each contributed a short story to the mix (with additional material donated by Emma Markala), and we attempted to gather them into one coherent whole.

Chosei went through a huge range of incarnations in the space of a very few weeks, finally settling upon an idea which to this day I can’t determine the origin of: set in 1953 in an old Soviet prison camp in the wilds of Siberia, Jewish scientist/mystic John Genius has been employed by Stalin to prophecy the future of the USSR. Genius’ method is to use the re-animated semen of Adolf Hitler, collected from two ejaculations of the Fuhrer in 1927 and in1945. The two different batches of sperm produce different variants on Hitler, which are kept under control by Genius by use of Kabbalistic magic (precisely formulated magical instructions imprinted on the back of their necks), and forced to face one another in endless games of Go, which Genius analyses to interpret the future of Russia.

Chosei is something we are all fairly proud of – whatever else you can say about it, it was original in its own happy way. 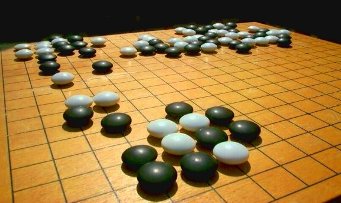 More recently, the mix CD process has been behind the formulation of my spoken word pieces. The current piece I’m working on: god is a renegade (for performance at This Is Not Art on September 29) has been gathered together out of scraps from play scripts (The North Sea, Weasel and Brown on the Beach), conversations with friends (duels to the death, prostitute confessional) and other poems (Platypus Fever). The linking narrative has grown out of some words I found in a folder of some old word documents:

‘We know that God has a variety of different personas that he adopts. That he adopts because certain activities require a particular personality, or because he simply likes one or two attitudes more than others at particular points. We know that the most common persona he adopts is that of a harried resistance fighter, a sort of covert soldier who is constantly under attack and/or surveillance, and is always nervous and never at rest.’

Another of Noon’s tricks was to publish a Discography of his novel Needle in the Groove. These were the artists and albums he was listening to while creating the work, and music and rhythm being such a central aspect of Noon’s writing, he elected to highlight them. Whether influenced by Noon or not, I think it’s fair to say that certain musics, texts and movies have been significant factors in the creation of all my works. I would love to acknowledge and give props to as many of these musics as I can think of (without in any way blaming them for the work that resulted thereby). This will be my page of sources.

in the last branches oceans all boiled into sky