back to scripts
back to bio 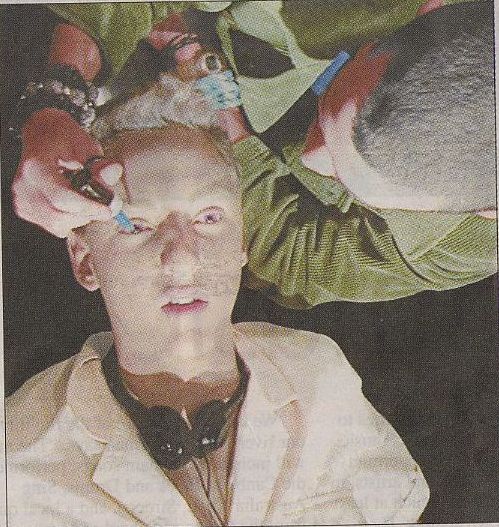 January 2003. Bohemian‘s sixth production was a double-bill of George Huitker’s Spitting Image, directed by Nickyj, and w3 w3lcome the future, directed by myself. w3w3 went through a few incarnations in the few weeks between it being written and it being staged. First it was a one-off piece set in a newsagents’, then it grew to be a ridiculous grab bag of sampled texts taken from a huge swathe of writers. At last a narrative grew out of that collection of samples, and a road trip story was grafted over the top of it.

Nevertheless, it was fairly criticised for stealing wholesale from other writers and not crediting them properly. A quote or a reference is cool, but this was a few steps away from being a pastiche of other people’s work. For which I am sorry. But on the other hand, this is still one of my favourite pieces, something that failed horribly to attract any audience (or any sympathy from the audience that did see it) but let me play with a few of the ideas that scratch at my brain constantly.

We We3c60e the f4t4re
the original. Harold stops into the newsagents’ before leaving for seminary school for one last chat with his beloved Anna… I scrawled in one awful hit some night in 2002. The computer screwed up while saving it and turned half the letters in to numbers – an innovation which I approved of and promptly exapted.

We Welcome
a disconnected stream of sampled pieces, featuring extracts from John Buchan, Brian Stableford, Tad Williams, Brian Aldiss, Jeff Noon, Jack Kerouac, and Seasonal Records by senor Nickamc. Eventually one of these pieces (Stigmatica by Jeff Noon) formed into the narrative spine of the play and the rest of the pieces dropped off or fashioned themselves around this new skeleton, resulting in

w3 w3lcome the future
The script as it was performed in 2003, including the reinclusion of Trombone, a part which had to be absorbed into the Hitler character due to Mick Bailey being the Man Who Hates Fun. 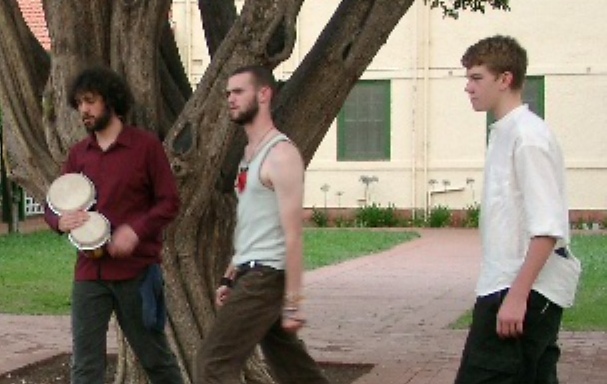 These two short plays make an interesting comparison; one with its anarchic and surreal vision of the future and the other based in the reality of simple relationships. We welcome the future is a vigorous and brave attempt at showing that nothing much changes in the future – even petty crime is the same. There are nice images in this play, but it still needs a lot of work. The simpler the text and idea, the more difficult it is to create an economic script. This text seems to include every idea that popped up. Slash and burn and dramaturg like mad and this could be a good little play.
Stella Wilkie, Muse, March 2003 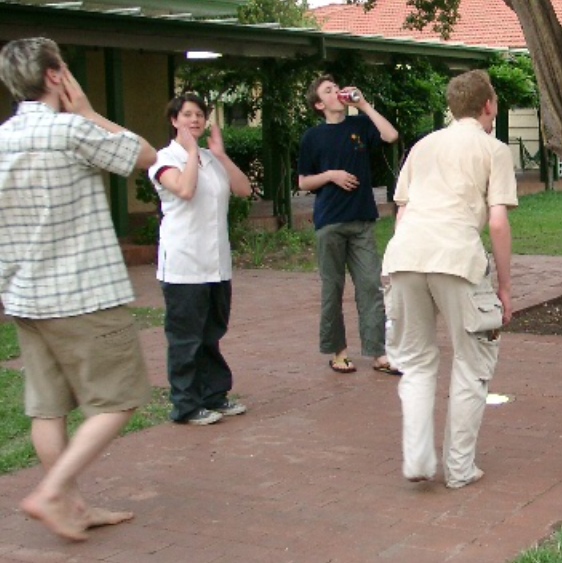 back to scripts
back to bio

trench becoming supermarket weasel and brown on the beach