Notes from a conversation with Liberal MLA Brendan Smyth 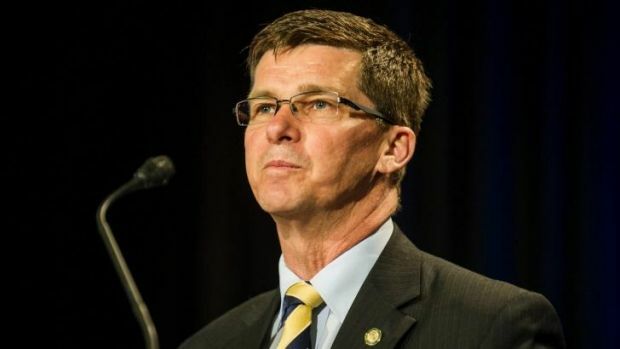 While in Canberra this last week, I was able to take some time to meet with Canberra Liberal MLA Brendan Smyth. Smyth is the ACT Shadow Arts Minister, and in that position, he voiced his opposition to the Kill Climate Deniers project in 2014, calling for the funding to be reconsidered.

Since his press release and critique of the work in the Legislative Assembly, I’ve wanted for a long time to chat with him about it. As part of the You Are Here Festival, I held a forum to discuss some of the ideas and questions he’d raised (about taxpayer-funded political art, outrage and censorship), but unfortunately he was not in town for it. However, he kindly agreed to take some time to sit down with me this week to unpack his perspective in a little more detail.

Of course, the play’s title is deliberately attention-grabbing and provocative. I believe it’s justified by the content and by the context, but I could be wrong – and it’s always worth listening to people who disagree with you.

Smyth’s criticism of the project is down to the use of the word ‘kill’ in the title. He argued that the word is an unfortunate choice, and that the English language is so powerful, the choice of words in a title is crucial. To Smyth’s eyes, having the word there legitimises the thought. I asked if he thought that the title of the play increased the risk of violence against climate deniers – he said, ‘odd things have triggered violence’.

I agree with Smyth that the English language is incredibly powerful (as I should, I’m a writer), and that we must be careful with our choice of words. I also agree with him that we have limited arts funding – too limited – and that we need to use the funding we have wisely.

In Smyth’s view, art and artists are at the centre of our culture – and that the creative industries represent the future of our society. Artists are key drivers of innovation, and that is something we don’t harvest enough as a society.

Smyth and I also agree that the world is in a state of conflict and strife, and has been for as long as we’ve both lived. Having served in the army, he certainly has a perspective on political violence which I don’t, and I acknowledge his expertise in that area.

It’s also worth acknowledging that Smyth has been active for many years in pursuing environmental and sustainability outcomes for the ACT – including lobbying for the ACT to take up the Kyoto Protocol back in 1997. Whereas I consider myself functionally a climate denier, Brendan is definitely closer to being a climate activist, and I have to admire his work in this area and the real outcomes he’s achieved.

I asked Smyth if he had tried to contact Aspen Island Theatre Company, ArtsACT or myself for clarification about the work before sending out his press release, to find out anything about the artists or their intentions. He had not. When he led a call for the work to be defunded, he was not interested in the artists, the content or the context at all.

His critique was limited solely to the use of the word ‘kill’ in the title. Smyth does not believe that this word has any place in the title of an artwork under any circumstances. For example: Smyth has not seen Kill Bill, nor would he allow his children to watch it. Not because of any violence or explicit in the film (he identifies as a big Tarantino fan), just because of the title.

This is an internally consistent viewpoint and more or less impossible to debate, but it’s also not particularly interesting or insightful.

A provocative title like Kill Climate Deniers could (and maybe should) ring alarm bells. However, choosing to ignore altogether the content and context of the work you’re criticising doesn’t feel like a particularly useful or constructive way to conduct arts policy. If it’s a philosophy, I don’t think it’s one that usefully grapples with the complexity and specificity of arts and art making. So I felt like the opportunity for Smyth to fully stand behind his comments was a little lost.

All that said, I was impressed and inspired by Smyth’s obvious passion for the arts and creative industries in Canberra. I was pleased to give him a copy of the Kill Climate Deniers script – which he features in. Hopefully, when he’s read it, he’ll be able to make a clearer call on whether or not he thinks KCD deserved ArtsACT funding – and if not, why not.

I’m looking forward to hearing what he makes of it.

(For those of you who are interested, the Kill Climate Deniers script is now available to purchase. There’s also a review of the play by conservative commentator Mark Fletcher, and some remarks on the above-mentioned forum by Don Aitken.)

Now Kill Climate Deniers exists in the world and how does that feel? Two weeks in the wet season for Karnabal, for what? For why?