In the future, everyone will murder a boy band member. 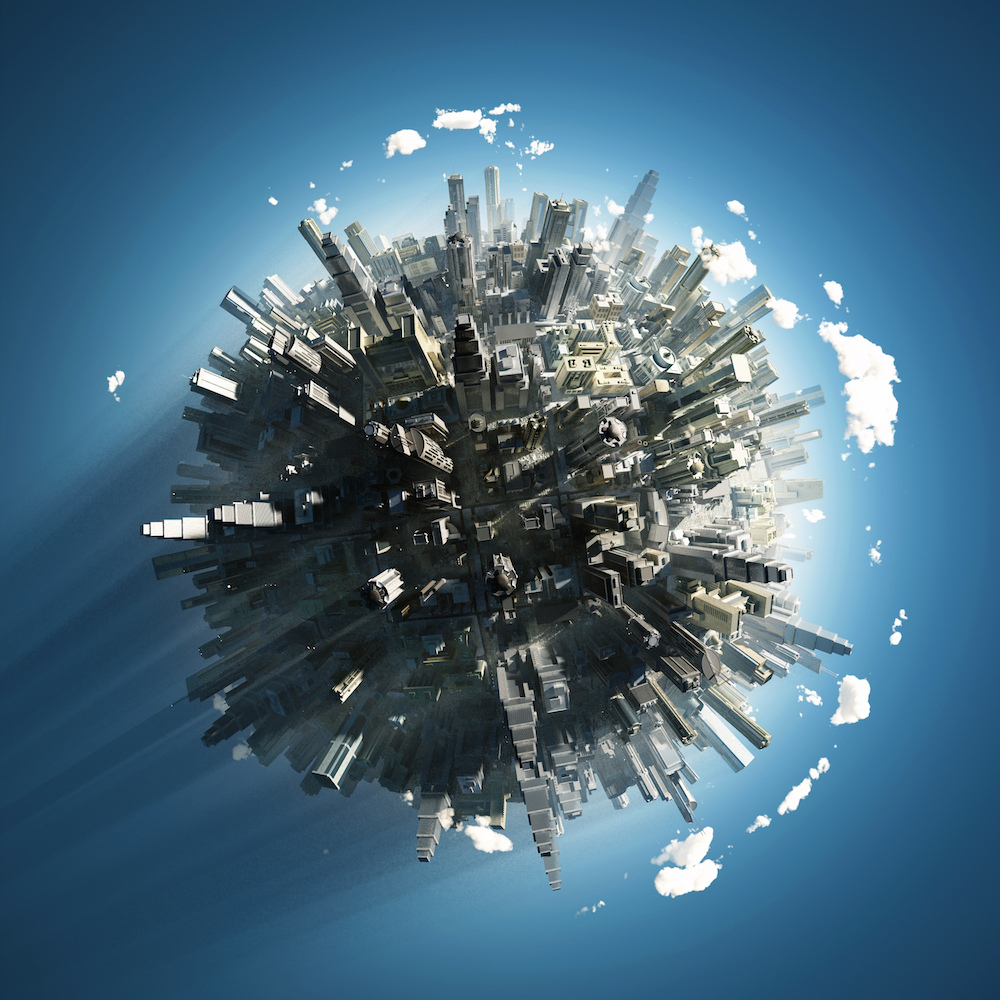 One of the things that is a regular feature of the projects that I’m involved with is that they are… conceptually rigorous?

By which I mean that they are… hard to explain. There’s a thing that happens where people ask me what I’m working on, and then I have an internal debate about how seriously to answer, and if I think I have enough time and they care enough, I’ll give it a shot. And then at a point in the discussion that ensues, there’ll be a moment  of them looking confused and unsure and both of us are maybe mentally wondering if it’s too late to back out of the conversation.

I’ve spent the last four years learning how to explain Best Festival Ever to people, and they still look at me with some degree of bafflement. ‘It’s a tabletop systems science boardgame theatre show about managing a music festival? But… why?’

This week is another example of that, of the strange complex specificity of my line of work. This week, Jordan and I are wrapping up our three month residency developing a Law and Order-esque police thriller about the murder of a boy band member in four different hypothetical future Australias.

This emerged originally from my Churchill Fellowship, where I spent a lot of time meeting and talking with futures studies experts around the world, looking at the ways in which scientists and futurists think about the future. And around the same time, the Australian Academy of Science held their Australia 2050 workshops, in which they brought together around 50 scientists, politicians, journalists, business leaders, military personnel and artists, to collaboratively imagine four different scenarios for Australia in the year 2050. 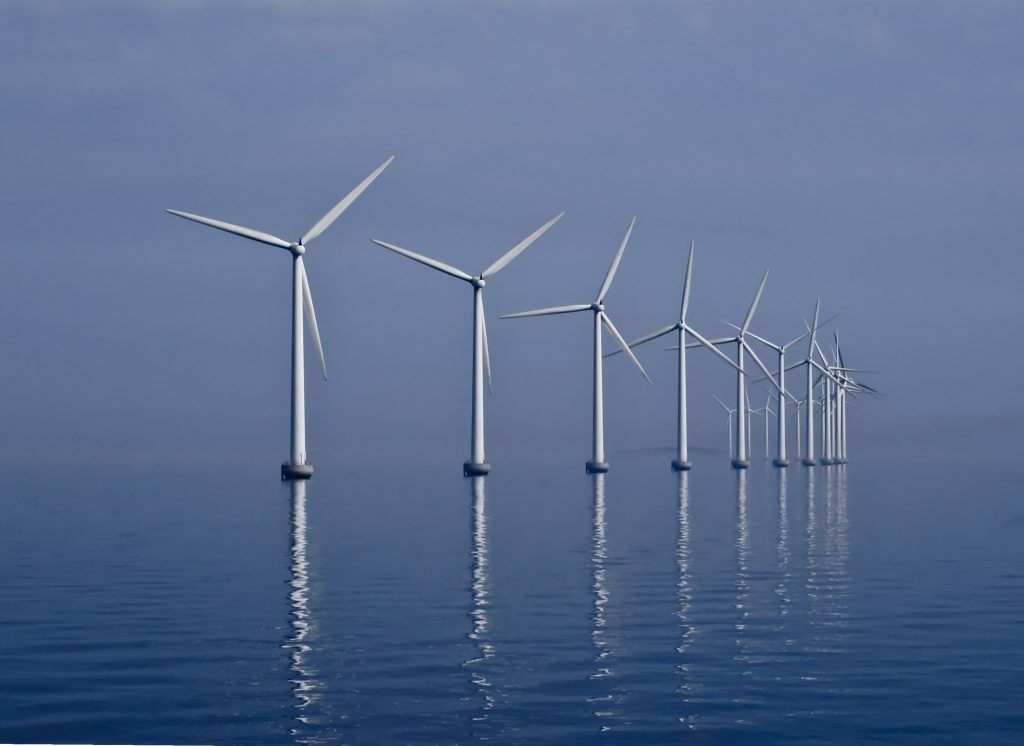 There is some really fascinating work going on in this field, particularly with regard to how these scientists think about the future. The idea of the ‘scenaric stance’ is that rather than try to predict the future, you generate a range of different hypothetical futures. This practice of creating multiple futures helps to provide a range of possibilities, best and worst-case scenarios, and potential consequences of different choices. 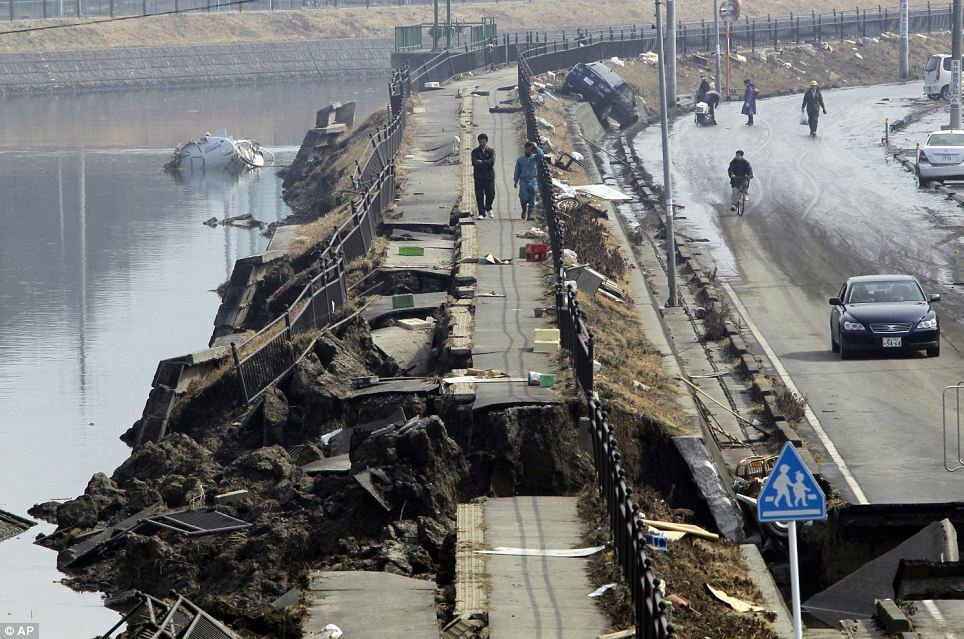 This whole discipline felt like a really rich and fertile space for making some kind of creative work in – and in fact, that was really the point of that aspect of my Churchill Fellowship. Then in 2014, ecologist Bob Costanza put it to me that I should make a film about the ‘scenaric stance’, which illustrated different possible futures.

That put the seed in my head to rope in Jordan Prosser, and from there we began hashing out what a film in this space might look like. And the ultimate result was, we decided to create a film set in the future – in Australia in 2050 – which tells a single story, with a single group of characters. But the twist is, we would tell this story four times, each time setting it in a different hypothetical future.

The first time you might see the story unfold in a 2050 three decades of unbridled Australian economic growth. The next time round you’d see the same characters, the same dramas, the same obstacles, but the setting is now an Australia devastated by economic collapse. 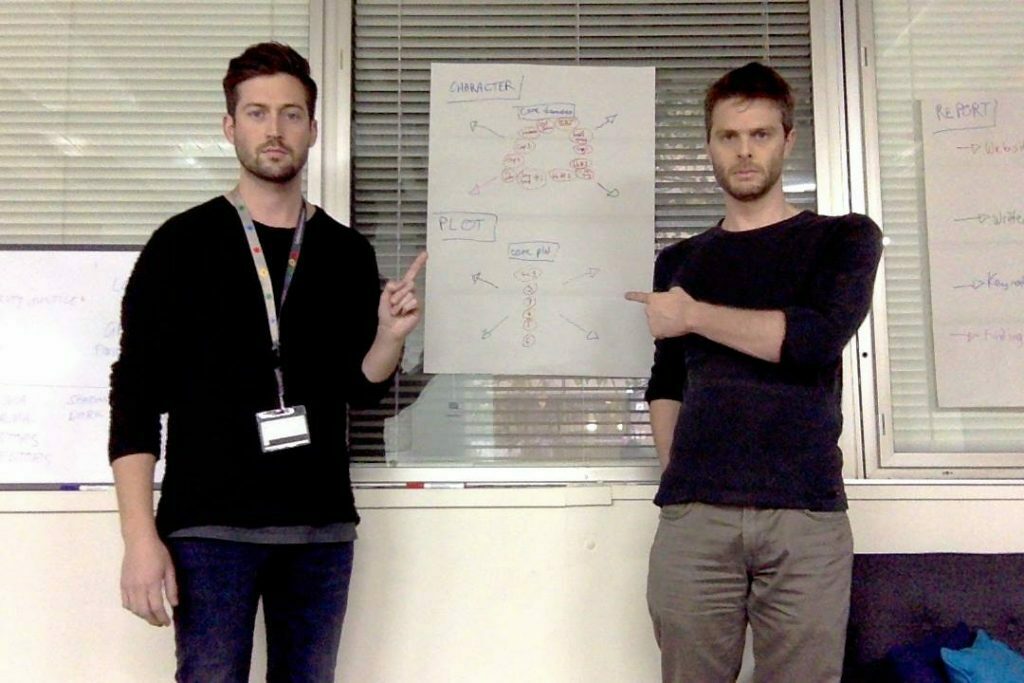 Jordan and I were lucky enough to be funded by the City of Melbourne’s Creative Spaces program to undertake a three month residency to kick off the R&D into this project, and we’ve been based at the Carlton Connect space in Melbourne University, amongst all the lovely start-ups and fine humans of the tech & climate & social good universe.

So we’ve produced four speculative scenarios for Australia in 2050 – captured under the traditional headings of Growth, Collapse, Discipline and Transformation. Each scenario depicts a different vision of what Australia might be like in 34 years, with different economic, social, political, ecological, ethnic and cultural features. These scenarios are very broad at the moment, but in the next phase of the work we’ll dig down a little deeper into them with experts, and hopefully infuse them with a little more rigour. 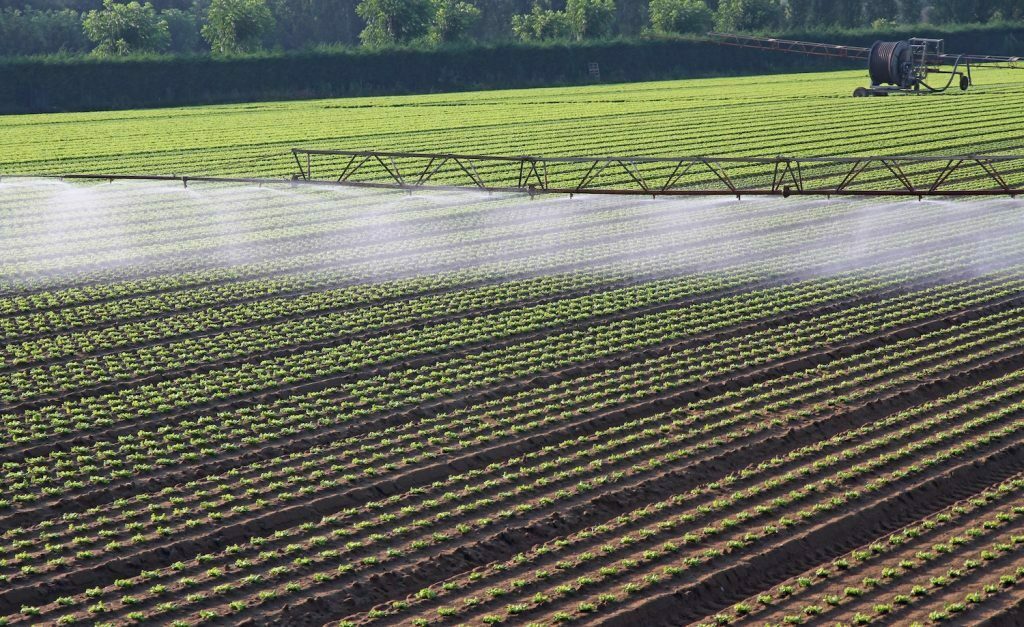 We’ve also produced the first draft script of our story, set in each of these futures. What is it a story about?

It is crime thriller following the investigation into the murder of a boy band member.

Jordan suggested that it be a crime thriller. A police procedural, he pointed out, is both a great genre to write in, a lot of fun to play with, and also, it often involves the police investigators engaging with every facet of society, from the wealthy elite to the criminal underbelly. So an excellent way to view some of the different aspects of our hypothetical scenarios.

For the purposes of the residency, Jordan introduced me to Law and Order. My goodness, what a TV show. My goodness. 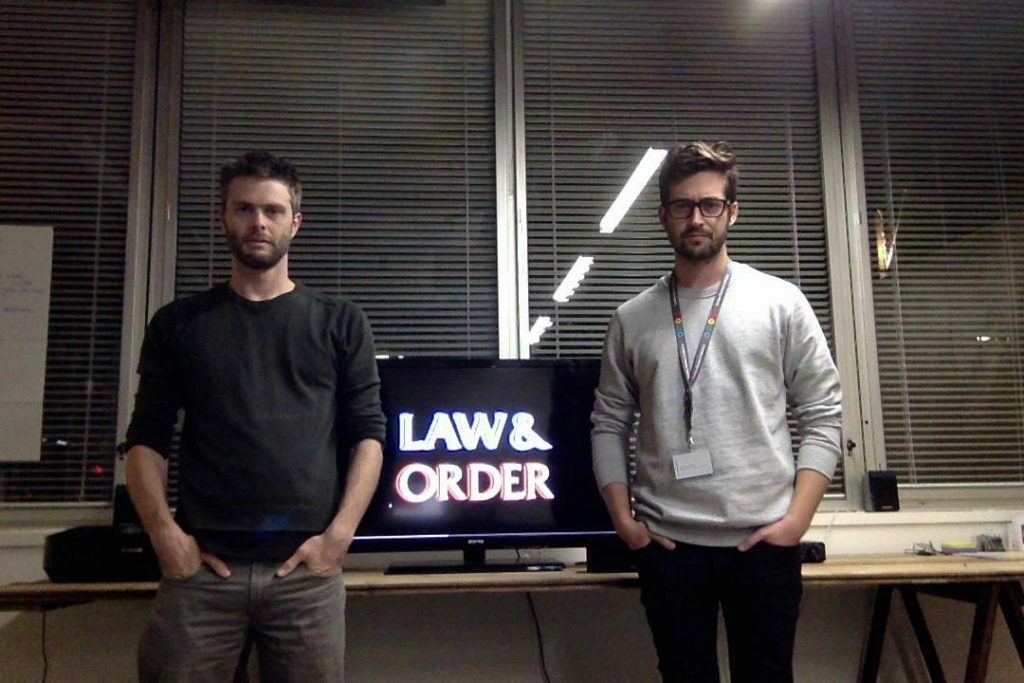 So our detectives of the future belong to the serious crimes unit known as CrimeForce.

I proposed that it be about boy bands. My reasoning:

For at least fifty years, if not longer, the boy band industry has been a constant. A group of attractive singing and dancing young men are marketed to young women en masse. From the Beatles to the Jackson 5 to New Kids On The Block to One Direction, boy bands have evolved to reflect the times, while remaining essentially the same. It’s not hard to imagine that there will always be young men in ridiculous outfits singing and dancing for the pleasure of young girls. 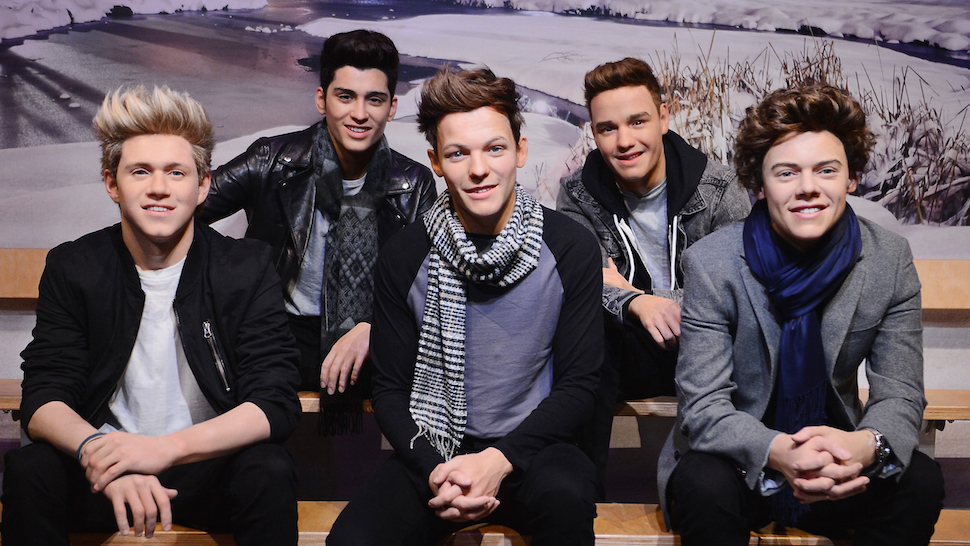 The name of our boy band is LoveTeam.

So our project is entitled CrimeForce: LoveTeam. Which is a good name.

There is a clear social value to this work, which is aimed at engaging the broader Australian populace with the tools and concepts from futures studies and the ‘scenaric stance’. It is also a piece of trash pulp. And this week we are sharing the results of our research with a group of very serious, very intelligent people from Carlton Connect, the City of Melbourne, the whole do.

To summarise: it is yet another serious science-based project in which I had no choice but to watch the Backstreet Boys documentary Show ‘Em What You’re Made Of.