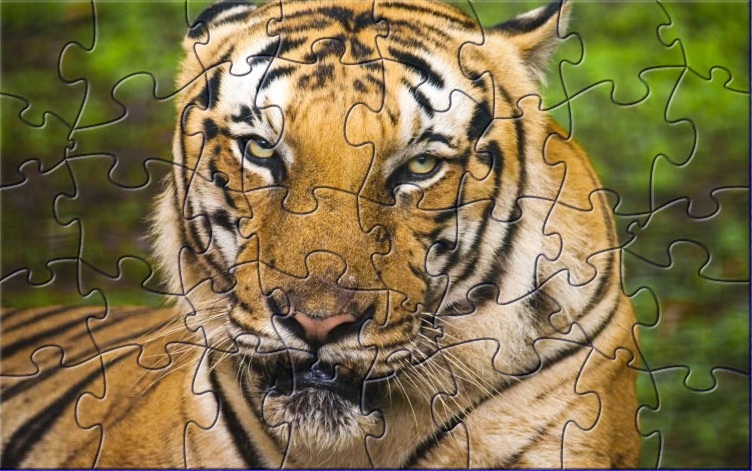 Alright, so, right now I’m in Sweden, in residence at the Earth Observatory Singapore at Nanyang Technological University. Learning about volcanoes and typhoons, R&D for a possible future Boho project here. But more about that soon.

I wanted to write something briefly following the three weeks I just spent in London. Nathan did a great blog post about the trip from his perspective, which captured a bit of the why and what we were doing there, but I feel like I want to set a bit of it down myself – and reflect on an interesting moment.

I was there to drill down into work with Coney and Forum for the Future, with a view to what projects / collaborations might be possible in 2017. I wrote a little bit for Coney about it – but basically, I’m looking at what kinds of work I might be able to do for and with those organisations, alongside Boho and as a solo artist.

To make that happen, I spent a lot of November manically bouncing from Old Street to Aldgate, doing meetings, making pitches, writing funding proposals, fleshing out timelines and budgets, and generally trying to capture the vague possibilities for next year into a clearer shape. 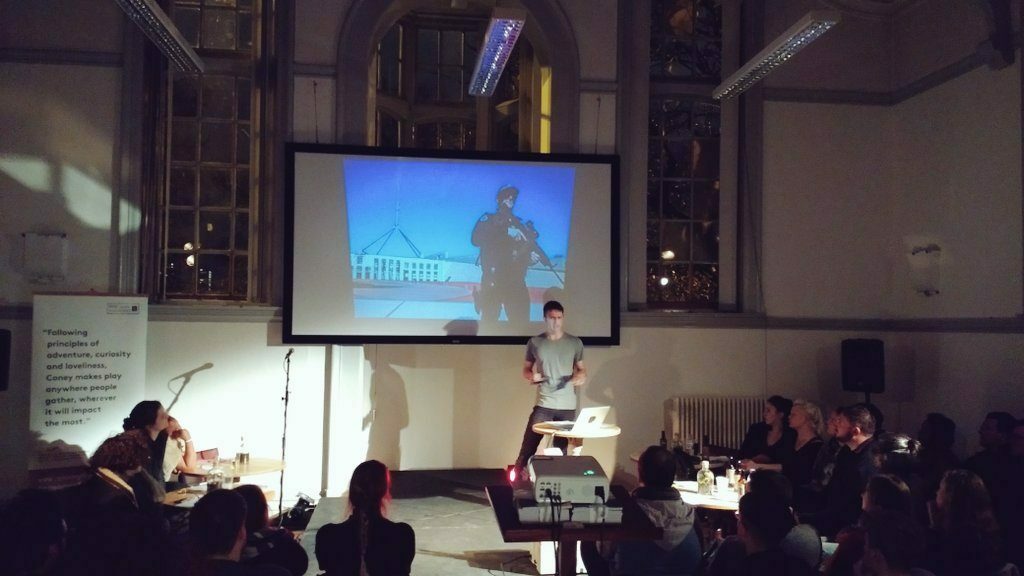 pic c/o Theatre Deli, who hosted one of the scratches – super lovely cats

Alongside that, I also presented several scratch showings of the solo version of Kill Climate Deniers (alongside Nathan’s new solo work How I Saved The Western Black Rhino), as a kind of test for the work in front of a UK audience. Super interesting stuff – what worked, what didn’t work, what made intellectual sense but didn’t emotionally resonate…

But. What I wanted to write about was actually an event that we (Nathan and Rachel and I) presented alongside Forum for the Future. Forum have a series of ‘Living Change’ events for their network, and they asked us to showcase a series of systems games for their November iteration, entitled ‘Gaming The System’.

We broke out a few pieces, including the Umbrella Game from Best Festival Ever, and trialled a version of Volleyball Farm, our common-pool resource game from way back in 2012. (It didn’t quite work, but it nearly did, and Nathan did a pretty great job of rescuing it after it became clear that more than seven players fundamentally broke the game structure.) And lastly, we tested out a new activity featuring jigsaw puzzles that we borrowed from Anne-Marie Grisogono. 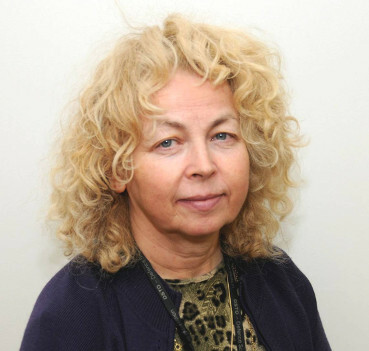 Anne-Marie is one of Boho’s scientist crushes (yes, we have scientist crushes – if we had one, Boho HQ would be plastered with posters of our favourite complexity scientists, we’re that kind of company). Anne-Marie is a physicist and complexity scientist – she worked for many years for the Defence Science and Technology Organisation (DSTO), and she’s now a Visiting Fellow at the National Security College at the ANU. She’s one of the most extraordinary thinkers we’ve had the opportunity to work with, and her background in translating the insights of complexity science to real-world high-stakes contexts is pretty incredible.

The exercise, which Anne-Marie uses as an introduction to Wicked Problem theory, is simple: we invited our participants to complete a simple jigsaw puzzle. That’s all. The puzzle we had was of a tiger in a jungle. When they finished, we then invited them to reflect on the strategies they used – how did they solve the puzzle? What techniques, what approaches did they apply? Some of the answers were: 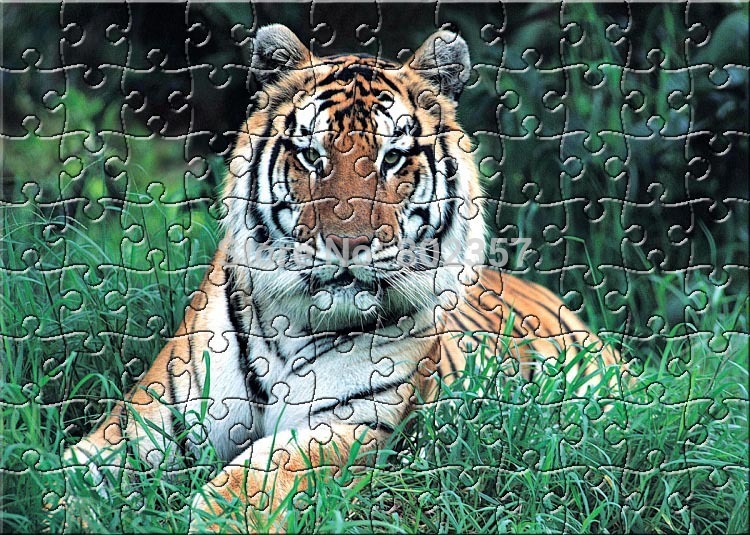 Then we discussed why it was that those strategies worked. What was it is about the jigsaw puzzle that made it tractable, made it amenable to those approaches? Some of the answers here included:

And so on. Finally, we compared this to real-world problems. Anne-Marie’s point here is that when we’re talking about the complex problems we face in the world (wealth inequality, climate change, epidemics, you name it) none of these conditions hold true.

This is the point that Anne-Marie introduces the idea of ‘wicked problems’, as some of these global challenges have been described. The social scientists who formulated wicked problem theory in 1973 laid out a few characteristics of wicked problems:

The key point here is that we frequently go about trying to solve these complex, fiendishly difficult real-world problems as if they were jigsaw puzzles. 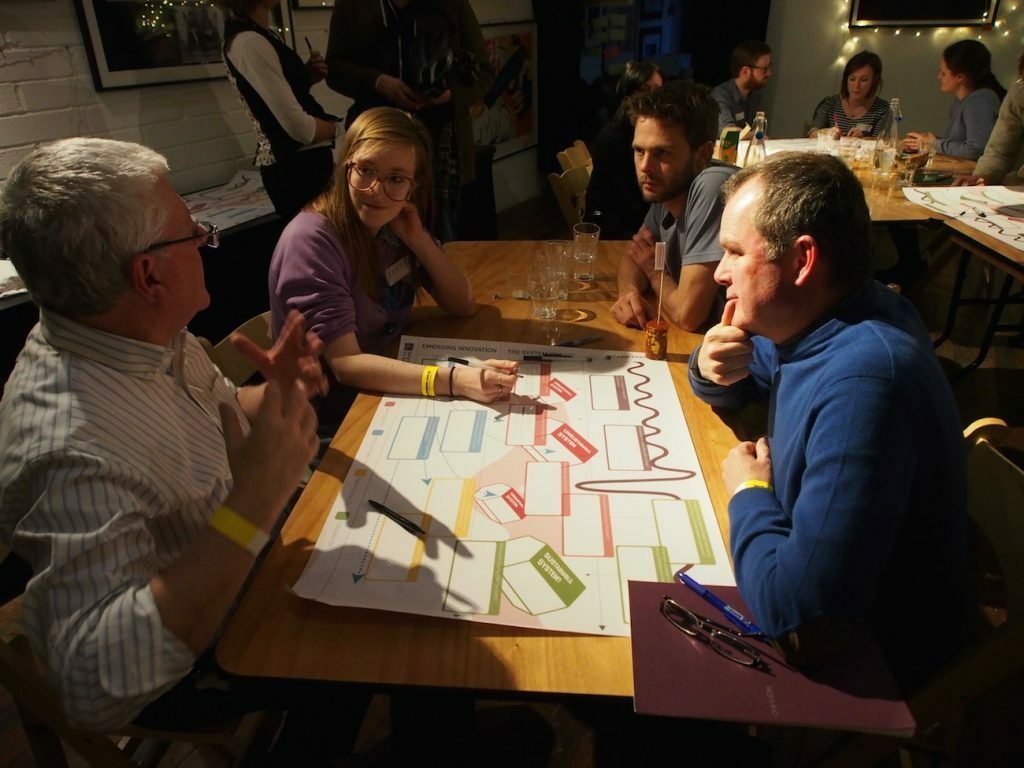 It’s an interesting demo, and as Anna Birney from Forum put it, one of those cases where the best way to make a point is to use an analogy that is actually the exact opposite.

But in the event of actually rolling it out, we had an unexpected result. Mel Trievnor, hunting us down puzzles from op shops, wasn’t able to lay her hands on a 50 piece puzzle – instead, she dug us up a 500 piece puzzle. The result was that instead of a deliberately easy task (complete this puzzle in five minutes), the participants were given an impossible task.

I got each of the three groups to tackle it in phases – do as much as you can, leave the remainder for the next group. And in three rounds, they actually got a surprising amount of the picture completed.

The rest of the activity worked more or less as planned – but there was an interesting frisson in giving people a basically impossible task, and then seeing how far they managed to get. Participants are at first dismayed, and then kinda shrug, roll up their sleeves, and go for it. It’s an interesting vibe, and there may be something more to it. 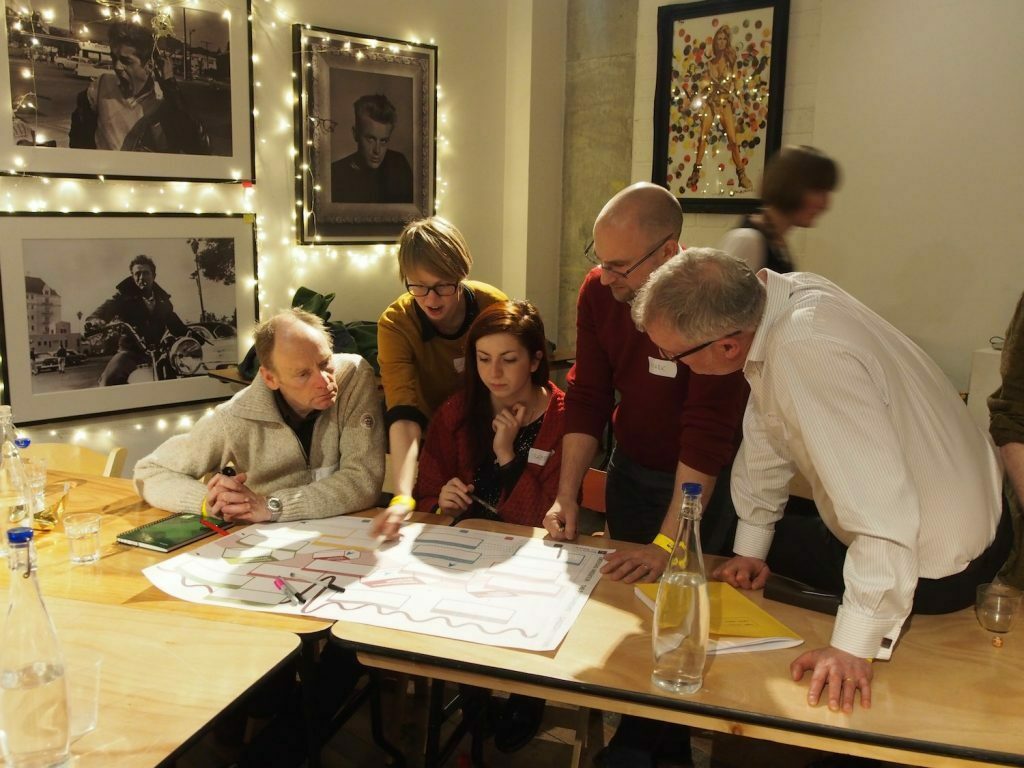 The interesting learning moment for me came in the debrief. Anna got the participants to reflect on what they’d taken from the event. One woman commented, ‘The jigsaw activity gave me hope, working in shifts as we were, because it reminded me that when we’re faced with massive problems like climate change, we don’t need to solve the whole thing – we can’t – but we can work on our bit, and the people that come after us can pick up where we left off.’

I thought that was a really nice reflection, and an encouraging and thoughtful takeaway from the activity.

As soon as she said it, I realised she was right, and while bleak, it was probably a better diagnosis of the situation. And I then had to reflect on the fact that even facilitating the exercise, delivering the moral, I managed to kinda miss the point of it. 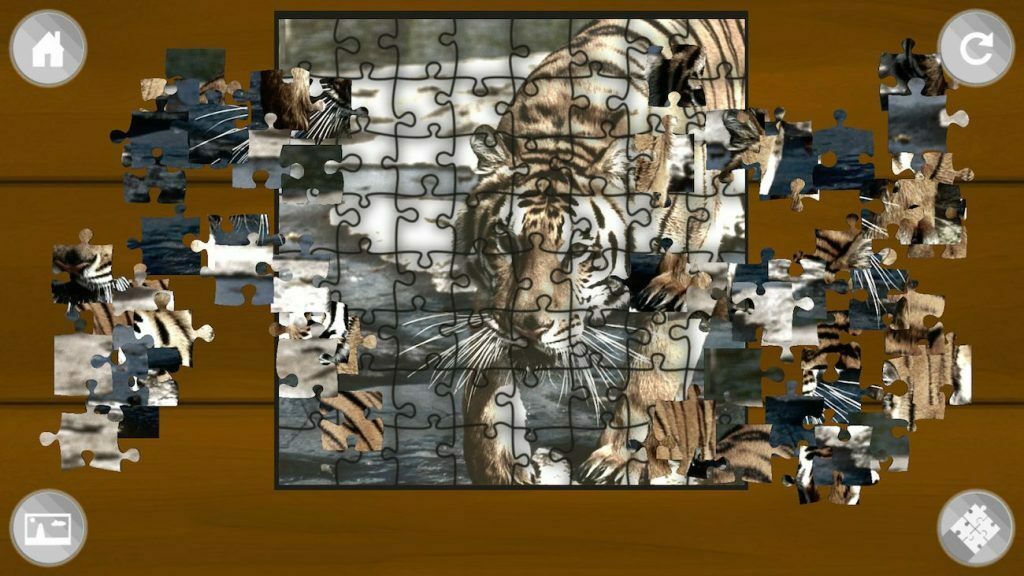