The pleasure of bad reviews

This week I’ve been thinking about the value of bad reviews.

One thing I wish for every artist starting out is to get some really punishing reviews. If possible, before they get a positive mention.

My first shows, with Bohemian and then with Opiate, got a string of bad reviews. For years – probably the first four years of making work, from 2001 – 2005 – I don’t think we got a single good review. 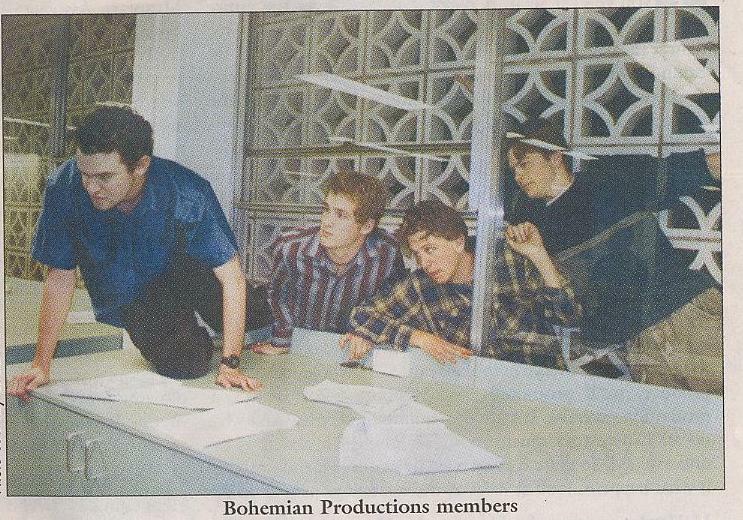 Jack Lloyd, Mick Bailey, Nick Johnson and me, 2001. I still think about that jumper.

In retrospect, this being pre-social media, it was probably inevitable. The only review space in Canberra was the newspapers, and the reviewers at the arts desks were definitively not the audience for the kind of murky half-formed sci-fi theatre we were making. Maybe if there’d been an online space for our friends and peers to write reviews or share their opinions, there would have been a different feeling.

But maybe not. I mean the blunt fact was that the stuff we / I was writing was mostly not very good. I got a lot of reviews saying things like ‘wordy’, ‘clunky’, ‘lost and confused’…

And I think this was actually really valuable. First of all, because it meant I didn’t rely on validation from anyone outside the community. I learned that the only people whose opinions mattered were the fellow makers I was striving alongside and against.

Canberra at that time was a community of people supporting each other, competing with each other and learning from each other. If Hadley or Na Milthorpe or Chrism Rooks pulled some new trick out of the bag, that was a prod to the rest of us to up our game, at the same time as it was an achievement to be talked over and celebrated. We pushed each other to be the best we could be, and if you slipped or were lazy, then you’d hear about it, honestly, from your disappointed friends. The opinion of an outsider – usually much older – meant fuck all in that picture. Another bad Canberra Times review? Add it to the pile.

That was Canberra independent theatre in the 2000s, but I suspect the same applies to just about every creative community everywhere, especially when you’re starting out. You find your community, or you build it, and then you learn together, from each other.

Secondly, these bad reviews were useful because they let me know that my work was bad. Not in a rebellious fuck-the-man kind of way, just in the sense of being not very good.

A bad review is never fun to receive (well, very occasionally). Mostly they just sap your energy and positivity. Sometimes they fuck up the dynamics in a group by singling one artist out for praise and another for criticism. Every so often they teach you something useful about your work. Mostly they’re just a kind of heavy emotional weather you have to sail through.

It was really helpful for me to learn, right at the beginning of my career, how to put my head down and proceed ahead against the prevailing winds.

Positive comments came very, very slowly. I remember a review for Vampire Play which said, after a withering description of the content of the show, ‘Opening night audiences found this all very funny.’ Which, when I squinted at it the right way, felt like a grudging acknowledgment that even though the reviewer didn’t enjoy any of it… the show was working? 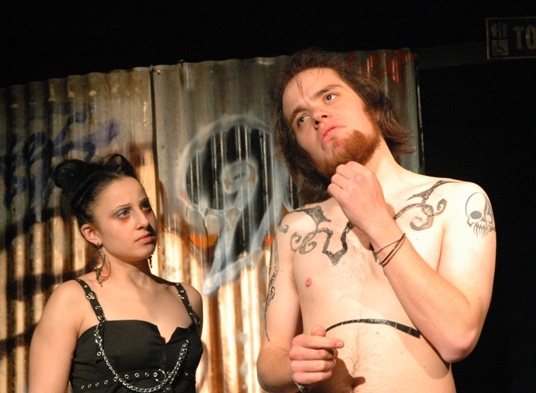 A reviewer once called my work ‘polarising’. Which is not a compliment, but you can take it as one. Another critic said, ‘At its best, David Finnigan’s mind is like a bowl of noodles’ – & who doesn’t like noodles?

When I performed a spoken word piece at the Nuyorican Cafe in New York, the MC remarked afterwards, ‘This performance has really made me consider how unprepared I am in the case of a medical emergency at one of these events.’ That remark kept me going for months.

I feel bad for young artists who are acknowledged and celebrated early. A good review is intoxicating, and to get that endorphin hit early would be addictive – and destabilising. If I’d somehow had a hit show early on, I would have spent years and years trying to recreate that formula – and you never can.

You can really fuck a young artist up by calling them ‘talented’ or ‘promising’. I’m grateful no-one ever lauded me like that (not anyone who sat through w3 w3lcome the future, anyway). Instead, by the time I had a genuinely successful piece of theatre, I had a solid history of practice behind me, and I wasn’t desperate to repeat the same tricks.

Now I’m middle-aged, I can see how scarce critical culture is, how few professional critics are operating out there, how vital that piece of the puzzle is. Robyn Archer described critics as ‘the third leg of the tripod’ (alongside artists and audiences). These days I’m hungry for reviews, especially intelligent, sharp, critical ones. The idea of the smartest people in the room tearing my stuff apart is the most exciting, empowering thing I can think of. These days I have a list of favourite critics who I’m hoping to one day get bad reviews from.

A good review is froth on the daydream – it’s a good buzz for a couple of hours but it doesn’t amount to much in the real world. And a bad review can’t stop you – and if it can’t stop you, it can’t hurt you.

So this is what I know about myself, this is the mantra.

1. Jordan Prosser and I recently released a short spoken word EP, recorded in Munich in June when we were rehearsing CrimeForce: LoveTeam. Some reflective poetry, including a beautiful piece by Jordan entitled Dear Dr Karl, all set to some beautiful unreleased Fossil Rabbit tunes.

2. This October in London I’m doing a few small shows and sharings. On Monday 1 October I’m presenting a 10 minute piece at Camden Peoples Theatre as part of their scratch night.

On Tuesday 16 October I’m doing a scratch performance of a brand new piece I’m working on with the working title of Objects. Over the last few months I’ve been interviewing scientists and thinkers, and asking them to each choose an object that they think represents something interesting about the Anthropocene and the huge changes happening in the world today. I’ll be sharing a couple of these objects and would love some thoughts.

3. On Monday 15 October I’ll be presenting a short talk / performance about Sipat Lawin at Toynbee Studios. I’ll be discussing the Battalia Royale project, and also Sipat’s more recent work including Gobyerno and Are You Ready To Take The Law Into Your Own Hands? I’ll be joined remotely by Sipat director JK Anicoche, technology willing. 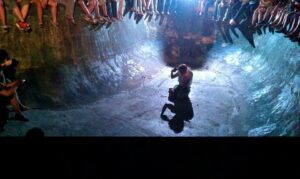 4. 2019 is approaching and who knows what I’ll be doing? NOT ME, PAL. If you have any thoughts, suggestions or interesting offers, drop me a line.