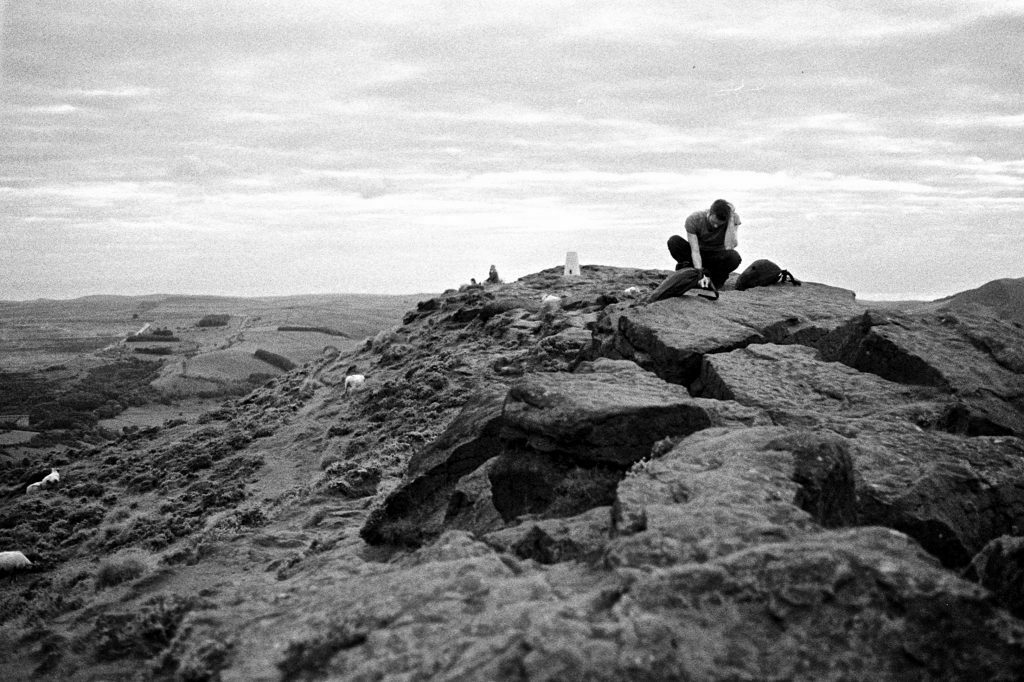 Last week I snuck up to Scotland to do a short script development at the Traverse Theatre in Edinburgh. I submitted a draft of 44 Sex Acts In One Week a few months ago, and they read it and liked it and invited me up to spend two days with a director and a group of actors, hashing out the work on the floor.

Script developments are the goddamn bloodflow.

As a playwright, you’re constantly collaborating. I come from a devised theatre background, where a group of theatre-makers get together in a room to experiment, discuss and create the show together. The writer’s job in that room is not to come up with your own ideas, but to honestly document whatever the group devised, in the form that’s most useful for everyone.

But even as a solo playwright, you’re always collaborating. The finished playscript is a useless object in its own right – it only has any value when a group of creatives start using it. The director, the actors, the designers, they use the script as a working document in order to create a work of theatre. It’s that work of theatre that audiences eventually see. If everything goes to plan, the only copy of the script in the theatre on opening night will be in the tech box with the stage manager, and the audience won’t ever see it.

A script development is a strange kind of laboratory which approximates the rehearsal process. In order to stress test the script, a director and a group of actors will read the work out loud, analyse the play’s structure and characters as they do in rehearsals, and even put some scenes on the floor. The goal is to figure out where the play is weak, and what needs to be done to strengthen it.

In a very real sense, the company producing your work are your bosses. As a writer, you are working for them, to give them what they need in order to do their jobs. If you can get your bosses excited, that’s a good sign. If your bosses are perplexed and uninspired, that’s a concern.

So what I know about script developments is this:

You have to bring your absolute A game.

You have to work fast, because you never have enough time.

You have to be ready for the fact that following the first reading, the company may reveal that your play is about something completely different to what you thought it was about – and you have to decide what to do with that information.

Equally, you have to be able to edit and write fast, because script developments are rare and you have to make the most of every second.

You have to bring rough, unfinished material that can be worked with, rather than pristine scenes that you’re afraid to touch – but at the same time, everything you bring needs to be far enough along that the company can actually work with it.

You have to let go of being the expert.

In my ideal universe, I’d spend half my working life in rooms like this – and the other half sitting writing in preparation for them. For longer script developments (1-2 weeks), there’s this lovely pattern that emerges whereby the playwright spends half the day alone, writing and redrafting, while the company experiments with staging and blocking – then the other half of the day is spent sharing what you’ve made with each other. Days like that are probably my favourite days in this whole life.

Anyway, the development with the Traverse was lovely – the actors, director and dramaturges were all incredible, super sharp and professional, and we churned through a lot in two days. I finally got to see 44 Sex Acts on the floor! And I wrote some new stuff which I’m really happy with. Here’s a little scrap:

celina: There’s like four acts that vary on where you’re supposed to ejaculate, and I think we can do them all together. Start by you coming on my stomach, then on my ass, then on your ass, then in your hair…

alab: How am I supposed to ejaculate in my own hair?

celina: Well maybe we need to turn you over mid-orgasm so your wang is here and your head is here, and then you can just come downwards in an arc on to your own head.

Alab tries getting into this weird handstand position.

alab: I don’t know if I can come upside down.

In other life / art news, the Pleasance Theatre in London has just finished the London run of Kill Climate Deniers, which was an absolute delight. Here is a review round-up on something called Stagedoor, which assembled a bundle of reviews and comments.

‘A lovingly crafted satirical swipe at climate change issues that remarkably, given its predictions of catastrophe, provides a welcome shot of optimism perfect for today’s jaded and cynical times’ – Everything Theatre

‘3-D printed guns, eco-terrorists and the Australian Environment Minister on a killing spree…it’s as bonkers as the title suggests’ – LGBTQ Arts

(Now I’m wondering if there are any other companies out there who’d like to produce the script – if so, get at me.) 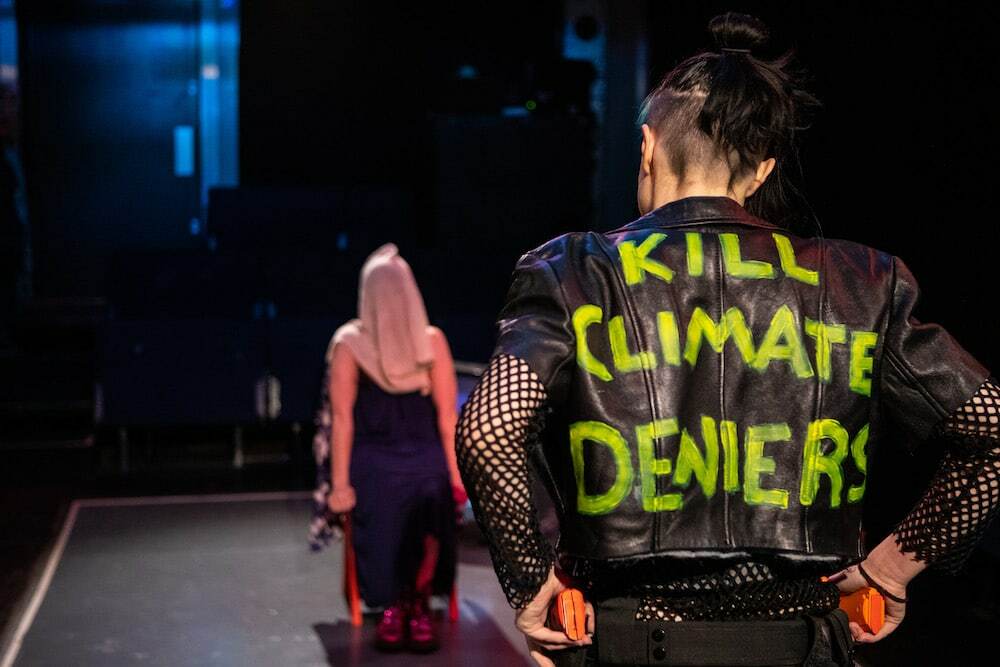 Ben Yeoh and I presented Thinking Bigly, our performance lecture about climate solutions, at the Museum of London and the Pleasance. This was super fun and we got to wear badass costumes.

Next up, I’m heading to Edinburgh in August to do a few performances of You’re Safe Til 2024 at the Pleasance.

If you’re in Edinburgh, come along.

Otherwise, as ever, give us a shout if you have any thoughts that might make my life more interesting.

You’re Safe Til 2024: the first year A few observations