Last week I had a chat with playwright and maker Noemie Huttner-Koros, as part of PWA’s This Is How We Do It podcast series. The idea is that a few younger writers interview a few more established peeps about playwriting craft, and practice, and etc. It’s a lovely project, and a grand privilege to be in a lineup of writers including Paschal Berry (yes!), Declan Greene, Lally Katz and Kate Mulvaney.

I scribbled down a bunch of notes before and during the conversation, thoughts and ideas about playwriting and art-making and career paths and so on. In the end the conversation went where it went, but I still have this page of disconnected notes – so in the spirit of this blog, I’m going to type them up as a list – a pillowbook of stray observations and life lessons. 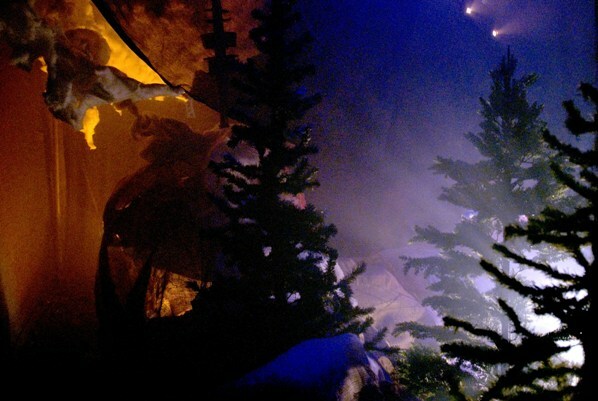 Gillian Schwab’s set for Oceans All Boiled Into Sky (2008). Pic by ‘pling

Playwriting is about creating interesting problems for other artists to solve. You don’t come up with the solutions yourself. Every artist surrenders control of their work when it leaves their hands, but as a playwright you surrender more control, and earlier, than most other written forms. Lean into that.

Produce your own work. Produce other people’s work. I became a producer (of festivals, mostly) for five years almost full-time. It’s a super useful skill because you’re serving other people’s visions, you’re helping them realise their ideas – and you’re learning how it’s done. You’re also building a network of potential collaborators and advocates down the line.

On the flip side, don’t get trapped as a producer if you really wanna be an artist. There are plenty of kickass producers, curators and editors who are passionate about what they do – there are also a fair few who are embittered artists who gave up on their own work. Surely it’s better to get out of the game altogether than to be working on behalf of other artists and resenting them? (That’s what woulda happened to me, anyway.)

When I stopped being a producer to focus on my own art, I took a significant step back, career-wise. Most people who knew me knew me as a festival-maker. People didn’t know or care about my scripts that much. I had to go back almost to the beginning.  It was worth it.

Mick Bailey said, never have a plan B – you’ll end up using it.

I don’t know if this is good advice or not but I followed it.

Kill Climate Deniers is easily my most successful script – it won a play award in 2017, subsequently has had multiple productions in a few different countries, it’s done very well for me.

A couple of months before it won the award, I wrote a note to myself where I acknowledged that the project was a failure. I’d invested a huge amount of effort in it and had pushed it out into the world a few different ways, but there didn’t seem to be a significant appetite for the work.

It was the same script before and after that award. A thing is a failure until it’s not.

I am NOT saying ‘believe in yourself, keep pushing, history will prove you right’. What I’m saying is, if you’ve been pushing a project for a while, there’s no real way to judge whether it’s is on the cusp of success, or if it’s dead in the water and you should give up. This is a desperately hard conundrum.

I don’t get off on reworking classic Greek texts, ancient myths or Shakespeare plays (but no disrespect to people who do).

The myths that resonate with me are the shelf categories of Gungahlin Video 2000, where I worked from 2003-05: Action, Romance, Comedy, Drama, Martial Arts, Horror, Kids, Documentary and Foreign. 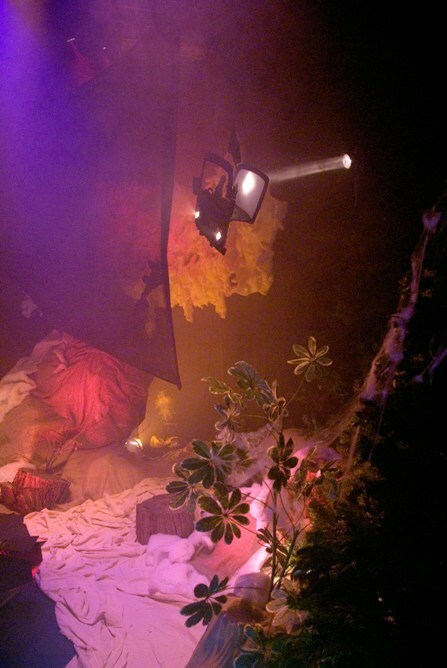 Every good idea is either too bland or too weird when you first come up with it. It doesn’t matter – if you pursue any idea far enough and deep enough it becomes rich and unique.

My play Oceans All Boiled Into Sky was my distraction project, my guilty pleasure that I worked on when I was supposed to be working on other things, because it was so weird that I didn’t feel like anyone would ever engage with it, so I didn’t feel any pressure. The further I went into that insanely specific scenario,* the more it became the most interesting thing I’d ever written.

*a kid doing his driving test 4 billion years in the past when planet earth had just finished forming, while the oceans were still billowing clouds of steam

Working across multiple different communities (Canberra, Melbourne, London, Sydney, Manila) has been good for me because

(a) when work is thin on the ground in one place, there might be activity in another, and

I don’t know this for sure, but I think that when you’re starting out as a professional artist, your best shot at finding work is to become an expert at something. Ideally, the best in the world. Find a niche, then find a sub-niche of a sub-niche of that niche, and master it.

As Glyn Roberts said, ‘Once you’re top of your field in whatever tiny subset of the field you choose, then you can branch out.’

I’ve been making theatre about climate and global change for about 15 years now. The subject of climate change has gotten more attention in the last few years, because of obvious reasons. But: I wouldn’t recommend making art about the climate just because it’s timely, or because you think you should.

If you’re fascinated by something, go towards that. Follow that curiosity, that obsession, and go deep into exploring something within the field. Don’t try to talk about the whole of climate change: be specific. Even more important: whatever you’re exploring, be obsessed with it, be an expert in it, be delighted by it, be undone by it. I suspect audiences follow the thread of what fascinates and excites you, not the thread of your earnest good intentions.

If I’d moved to a bigger city, a bigger arts ecology, at that early stage, I would have been eaten up by it. I wouldn’t have had the courage to make my own stuff because I would have been stifled by all the other work being made around me by older, better artists.

The payoff for achieving things is really, really fleeting. After watching Griffin’s production of Kill Climate Deniers – the 5th preview – where it all came together, I walked on my own through Kings Cross and felt like this big clean wind was blowing through me, and the weight was off my shoulders, and I felt like I could relax.

That lasted about 8-10 minutes and then it was back to stress, panic, fear, guilt, all the base ingredients of the life.

A project is a success if it leads to another project. If every project leads to, on average, at least one more project, you have a sustainable career.

Always mention the fee in the first email or phone call.

The relationship is always more important than the project. If it’s a choice between compromising the project or burning your collaborator, always take care of the person.

There are exceptions to this rule, but they’re super rare.

I am 36 and it wasn’t until about two years ago that I began to learn how to learn. 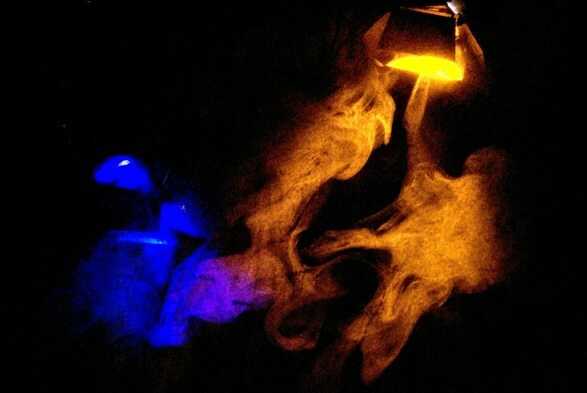 Meanwhile, in my world: it’s been a really busy, outward-facing couple of months.

In September, Reuben and I presented You’re Safe Til 2024 as part of the UnWrapped Festival at the Sydney Opera House. The Opera House! So luxe! This was super fun, and a really great couple of shows.

Over three weeks in September-October, I was in Manila, working with Sipat Lawin on a development of Are You Ready To Take The Law Into Your Own Hands. Super exciting – this monster of a show is coming to Melbourne in February and I am JAZZED ABOUT IT.

In London, a game that I co-developed for Coney and the Wellcome Trust was played at the One Young World climate conference. Temperature Check is a game for 50 or so players about climate change, health, and managing a city in the face of escalating natural disasters.

Then at the end of October, I presented the first 30 minutes of a new work, entitled break into the aquarium steal the fish, at the Barbican as part of Nesta’s Future of Storytelling event. This was the first outing for this new solo show, which will premiere at Nesta’s FutureFest in March 2020. The work looks at the future of nature, ecology and eco-activism. The audience released some mosquitoes into the lecture theatre in the Barbican! Bless!

If anyone’s in London, I’m doing a work-in-progress showing of the full work on Tuesday 3 December – details here.

In London, Ben Yeoh and I presented a few outings of performance lecture Thinking Bigly, at Theatre Deli and for the Ealing Green Party. Bigly is an exploration of sustainability and how you can take climate action. There’s more info on Ben’s blog (and I’m going to write more about it soon).

Finally, I went up to Edinburgh a couple of weekends ago for the Traverse Theatre’s First Stages festival, which featured a staged reading of an extract from 44 Sex Acts In One Week, alongside five other dope new works.

As ever, if anyone’s got any proposals that might make my life more interesting, feel free to get in touch. Otherwise: peace! 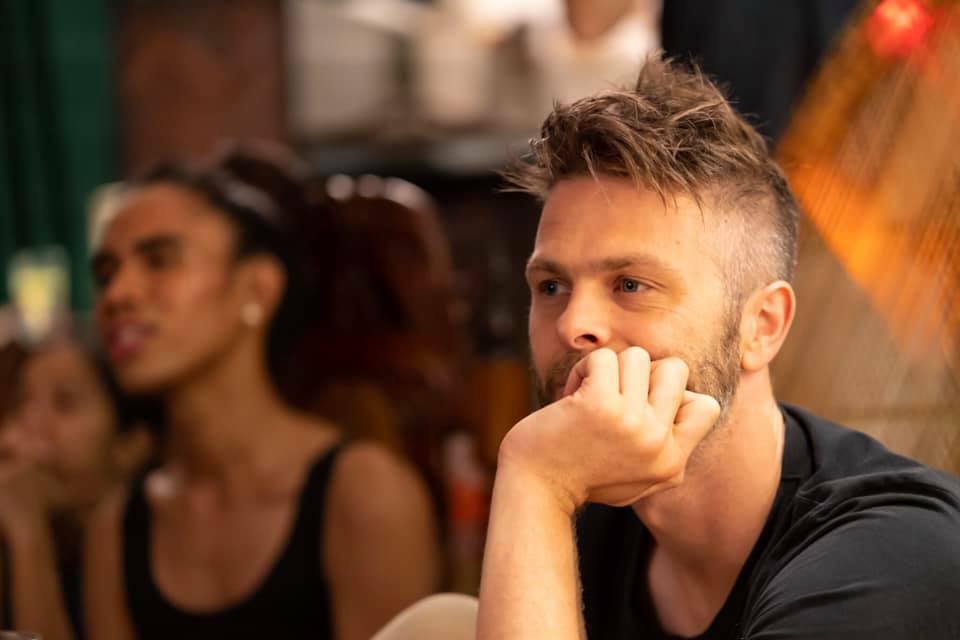