Back to all Projects

Gobyerno (Government) is a participatory performance inviting audiences to form and perform their ideal government, create their own ruling bodies and develop a national constitution.

That government is manifested first through a process of conversations and discussions, and then by devising and filming a documentary about their ideas.

The documentary is filmed as a high-energy long-take, with the participants responsible for every aspect – the camera, art, performance, music, script, set, the whole thing – to a formula we provide them. It’s a 2.5 hour show, and a marathon, every time. 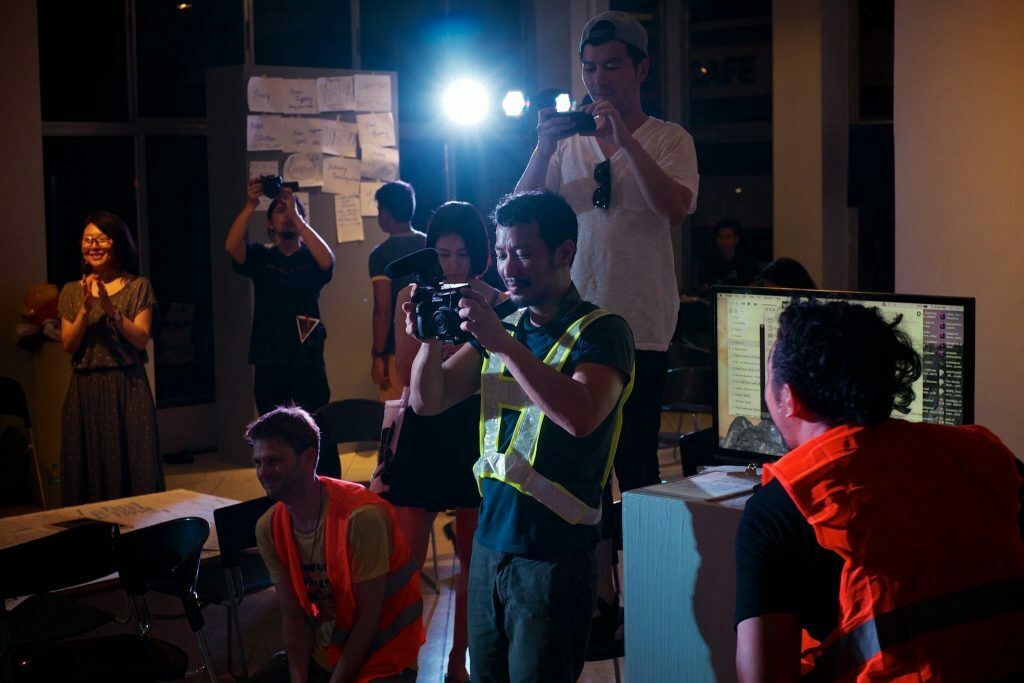 Since 2015, Gobyerno has been presented in Seoul, Darwin, Tokyo, Manila, Castlemaine, the Gold Coast and Yokohama.

A review from the 2016 Darwin Festival in RealTime magazine. 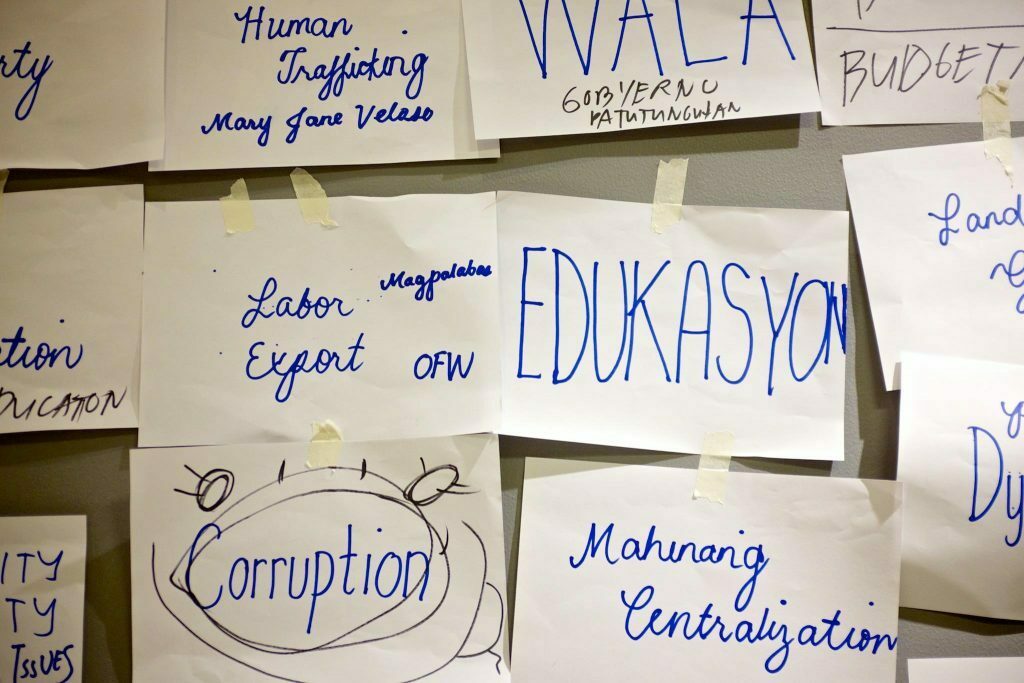 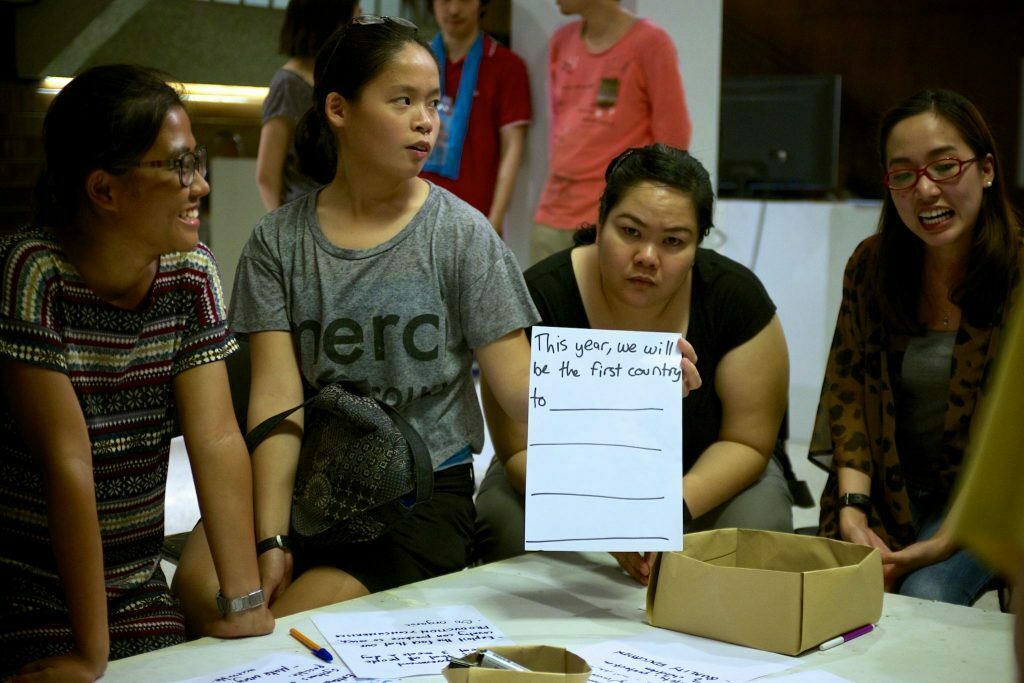 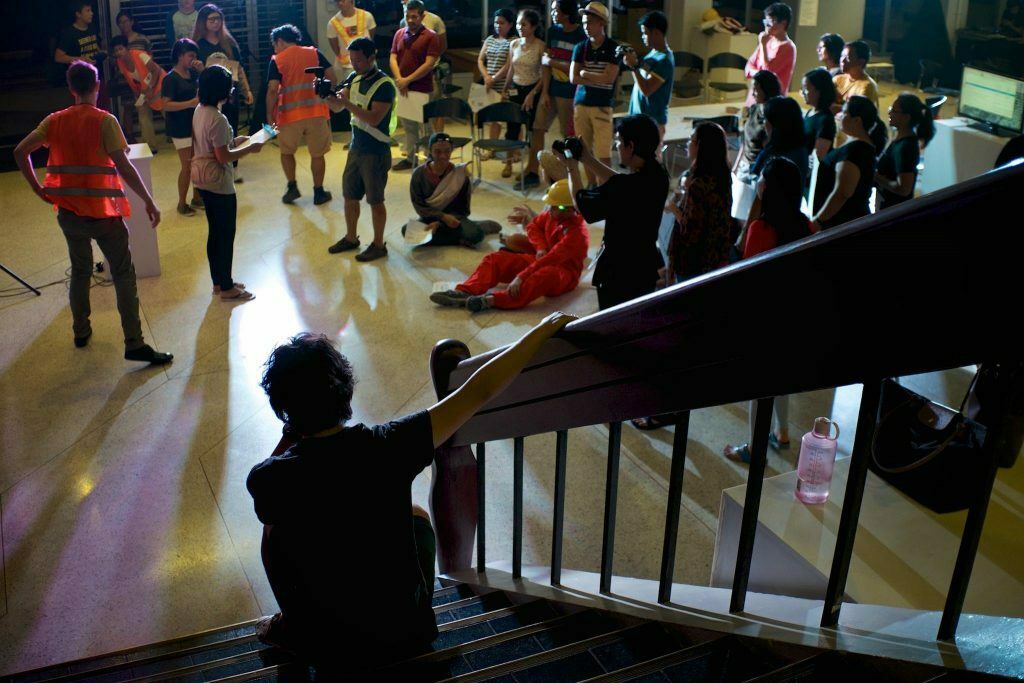