back to Vampire Play index
offstage images from 04 production 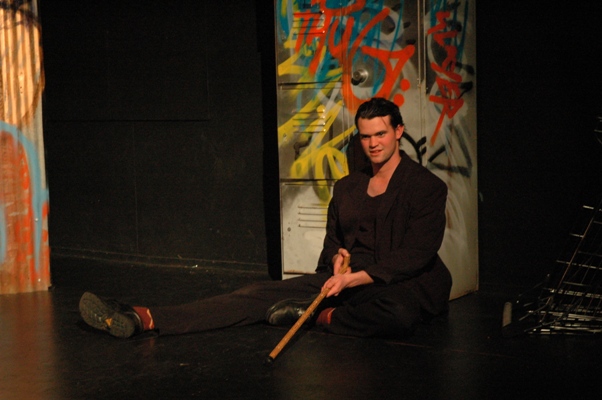 This is an edgy, original, funny, youth-oriented work, with a deeper underbelly. It is a mod-gothic fantasy of vampire gangs in the tunnels of Canberra fighting for life and territory. The form is very clever with the scene chronology radiating from the interval like a mirror – perfect for the contorted world and protocols of the vampire! Pop-cult influenced and market savvy, this play gives us an original vision and voice, appealing to fresh audiences. A writer to watch. 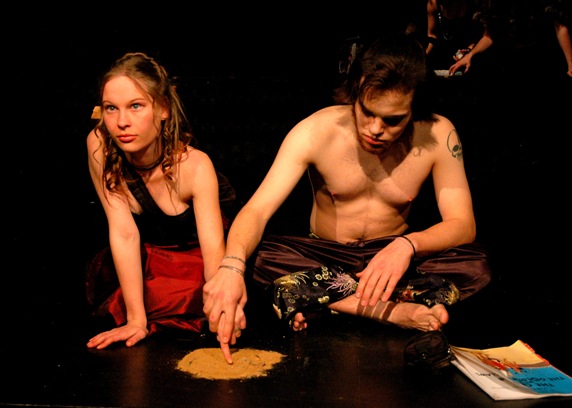 August 26th, 2004
From the review by Jorian Gardner

The cast were in the main excellent. Max Barker played Bones, the Tintin mad thousand year old vampire with great timing; Alison McGregor’s Karen Blacksmith goes from human to vampire and seems to enjoy it; barb barnett’s turn as The Finn is memorable – this is the second production I have seen barnett in recently where she has spoken not one word of English. Let’s hope producers don’t keep casting her like this, as she does have a lovely voice!, and Angus Nicholson, Jack Loyd, Rob Graf and Hanna Cormick suit their respective parts well.

However, the standout performance was from Gina Guirguis who, with a difficult and sometimes annoying character, managed to pull the piece together, and like Barker had well-timed comic moments. Guirguis is a girl who has a real future. 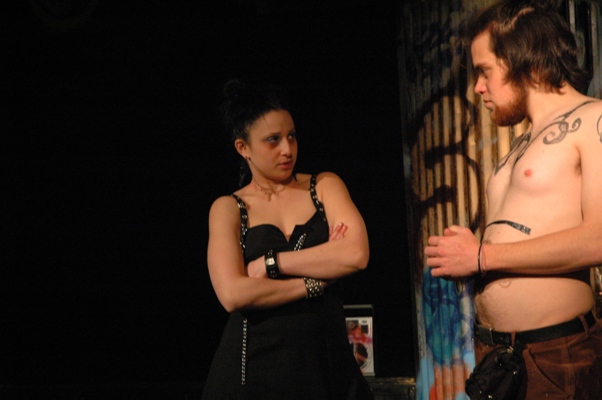 August 20th, 2004
From the review by Alanna Maclean

If you are a fan of the undead Vampire Play should bring you out of your coffin.

David Finnigan’s script shows a certain daft charm as it meanders backwards through the tale of an alternative Canberra with an underground railway and a vampire problem somewhere around Dickson.

The play starts with the final scene and finishes with the first. It is amusingly disconcerting to see the result of an action before seeing the reason as we follow the story of vampire-gang warfare.

As the play ends (or begins) two survivors wait for dawn on a south coast beach. Karen Blacksmith (Alison McGregor) and George Bekken (Gina Guirguis) are glamorous creatures of the night. Not quite so glamorous is Manson Lane (Jack Lloyd), who was made a vampire then pushed off a mountain with a broken leg. He limps a lot. The fourth member of the gang is Bones (Max Barker) an ancient Conan the Vampire who develops a curious relationship with a Tintin comic.

barb barnett lurks around as The Finn – their nemesis – who only speaks Finnish, and Angus Nicholson, Hanna Cormick and Rob Graf pick up a range of strange supporting roles.

Sometimes this is all quite funny. Opening night’s audience found references to vampires in local places hilarious, as they did the notion that anyone would want to honeymoon in Canberra. 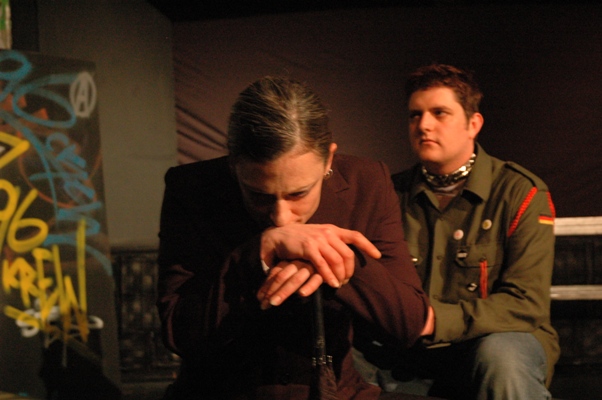 View photos of these semi-legendary (not legendary at all) human beings OSSTAGE and BACKSTAGE and so forth!

With support from Canberra Youth Theatre.

back to Vampire Play index