2013 was a rad year in terms of people making rad art. For whatever reason (and I do not care to inquire too deeply into their motives), a bunch of people I like and care about made the decision to create and release all kinds of beautiful new music into the world. I don’t understand how or why it happened, but it happened, and here it is: 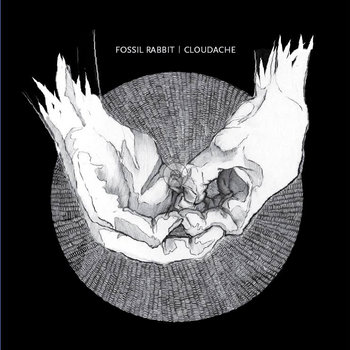 My brother Chris is one of my all-time greatest collaborators and an utterly lovely maker of music. Back in 2006 he got hold of an electric guitar, an old FX pedal and a loop station. I remember the sound of his solo jams reverberating from his bedroom, and how they gradually shifted from mildly irritating guitar noodling into weirdly hypnotic ambient soundscapes. Chris positioned his sound somewhere in between Stars of the Lid’s warm narcotic drift and the shoegaze psychedelia of early Verve records, while also trying to capture some of the texture of electronic producers like Burial.

We began collaborating in 2007, first just jamming together, then as members of music-theatre-animation-cooking ensemble Fight Fire With Knives, then as guitar / spoken-word duo Finnigan and Brother. Meanwhile, Chris began playing in bands such as Standing Waves and Prom, all the while continuing to work on his own material, expanding his abilities, refining his aesthetic and releasing a steady stream of new songs via his soundcloud.

Chris’ solo output is released under his Fossil Rabbit guise. The name refers to a famous remark by evolutionary biologist J.B.S. Haldane. When asked to name a discovery that would disprove the theory of evolution, Haldane is supposed to have growled, ‘Fossil rabbits in the Precambrian.’ 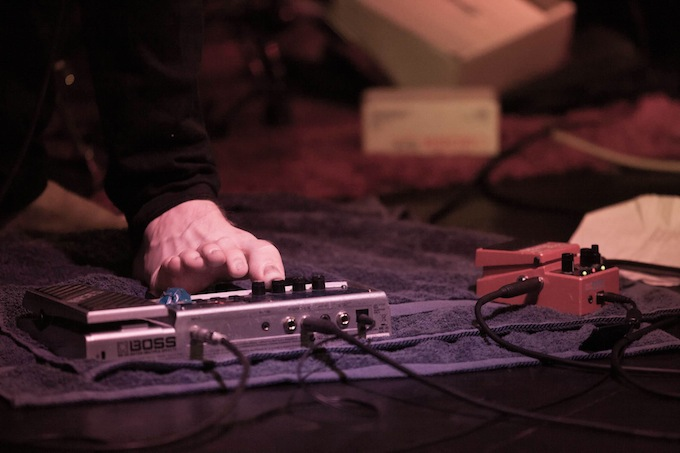 After a couple of years gigging around town and capturing lo-fi recordings of his tunes, in December Chris hooked up with long-time collaborator and experimental music genius Reuben Ingall to record the first Fossil Rabbit EP. Cloudache was released in December at Smiths Alternative.

Chris is an occasional migraine sufferer, and the EP’s title refers to the sensitivity to clouds and stormy weather that sometimes precedes a migraine’s onset. Cloudache the song might be the best thing Chris has produced in 7 years of music – it moves at a quick pace and builds up momentum as layer upon layer of percussive twitches is added, but behind it all are slow, gentle waves of warm guitar ambience. In 4:28, it travels through a whole range of different moods, pulls itself apart and then reassembles itself. It’s magic and it makes me very happy.

The other four pieces are also lovely – Raver is one of the most uptempo compositions in the Fossil Rabbit catalogue, and it has a certain propulsive underbelly. Sentimental is an old favourite of mine – this is the soundtrack to lounging around on a lazy afternoon, watching David Attenborough nature documentaries and writing a few sketchy lines while the sound of the guitar slowly and casually builds until it has become a huge wave that lifts you up and carries you effortlessly with it.

The EP is $5 from Bandcamp and comes with a lovely and blissed out remix of Deficit by Brenton K. I recommend. For the also, here is a live clip from the launch gig at Smiths, recorded and edited by 2xx Local and Live: 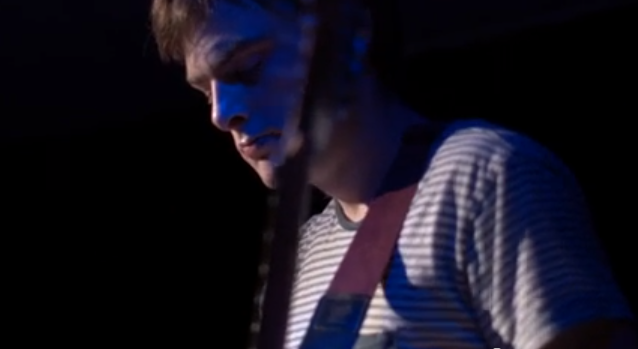 This is a stunning collaborative effort between Poland-born US-based sound artist Derek Piotr, and my great friend and another amazing collaborator Paul Heslin. 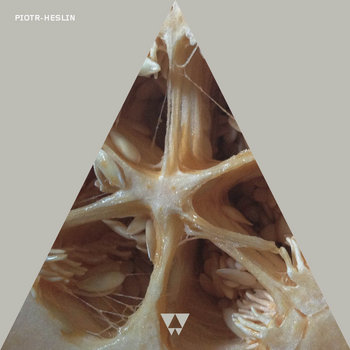 Piotr-Heslin is seven tracks of surprisingly tender music underpinned by a scaffolding of grinding, surging glitch. Beats stutter into life at odd moments, waves of harsh noise wash across the tracks, but mostly what sticks out for me is how melodic and tuneful this record is. Derek and Paul sing on this record, and it’s quite beautiful. Granted, the vocals are digitally treated in every way possible, but still, these songs aren’t just cleverly produced soundscapes – they’re songs, and they stick in my head, and they make me feel all kinds of feelings.

The headfuck for me with this record is that Paul and Derek have never actually met in person – somehow they’ve managed to create this really intimate and personal experience without ever being in the same room. Fair enough that’s the world we live in in 2013, but seriously, listen to this record; it is an extraordinary achievement. 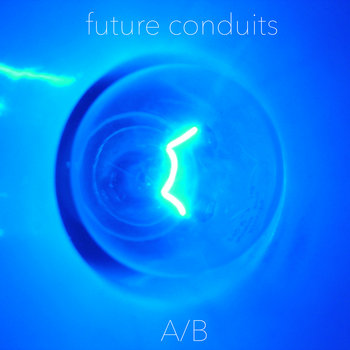 Okay so this isn’t exactly of the same calibre as the two records previously mentioned BUT, it’s a pretty exciting release from my point of view because it’s the first batch of music released by Nick McCorriston under his new Future Conduits alias. 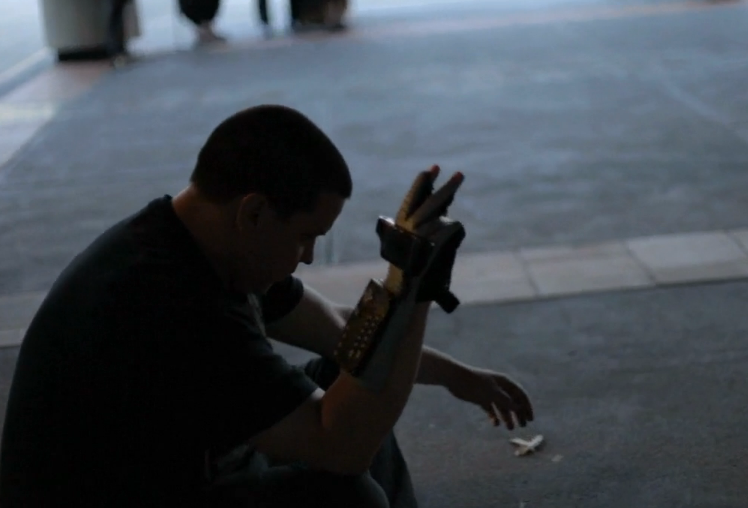 Nickamc is one of my closest collaborators, and a superb musician and producer. For the last couple of years he’s been producing and performing a strain of electronic music that doesn’t fit under any of the other projects he’s involved with, including performing live using a hacked Nintendo Powerglove. This material is now being gathered together under the Future Conduits banner, which Nick will be touring in 2014.

Future Conduits’ first two song burst came out of a collaboration between Nickamc and in November. We set out to create a short set of two and a half minute songs using an array of samples Nickamc had collected from Kiss, Atari Teenage Riot and Marilyn Manson.

Wedding Vow is a fairly simple blast of ambivalence towards the idea of marriage, from a person who is not interested in ever getting married but yet is delighted when his friends who do believe tie the knot. Nickamc really sculpted this into shape, finding a way to fit the words to the loop and then fleshing it out with other samples and textures.

Teen Beach Movie is a cover of a tune from Disney’s 2013 straight-to-TV masterpiece Teen Beach Movie, set to a fairly brutal ATR sample. The original tune is a virtuoso Disney effort that looks at how gender roles and male-female relationships have changed since the early 1960s and doesn’t waste a single chance to hit the listener with another lurid costume choice. Don’t even argue, just get amongst the videoclip NOW. 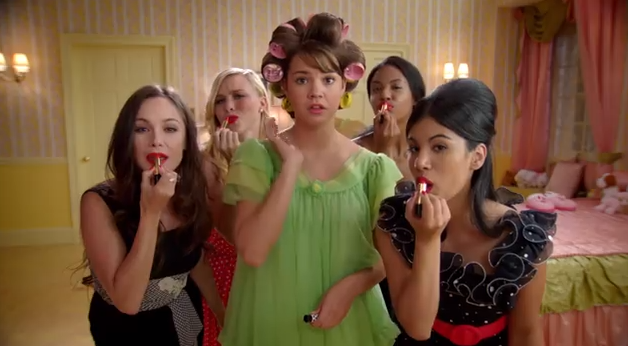 There was so much music, so much of it was good – how is it even possible to appreciate it all?