Understand Everything: A two-week Canberra micro-residency 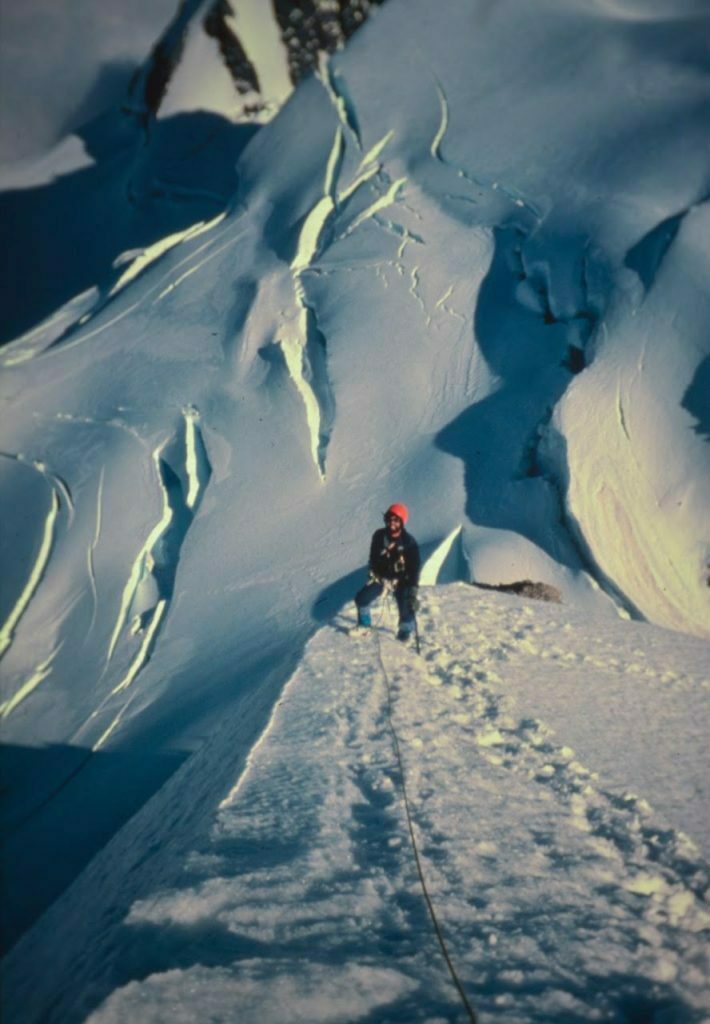 Today’s the last day of my little two-week self-imagined Canberra residency, a little window in between jobs / gigs, in which I deliberately avoided looking for work in order to gain some ground on a new project.

I’ve spent the fortnight scribbling little fragments, doing bigger bursts of writing, planning and collating ideas, and being constantly surprised at how much work I feel like I’m doing and yet how little progress I seem to be making.

Working like this is weird – undirected, solo, without anyone to bounce off or answer to. There’s the constant fear that I haven’t got anything worth sharing, worth pursuing. Normally my method is to just commit to something – book a theatre, lock in to performing at some festival or other, apply for a grant, and so force myself to produce something, on demand. But for this project I don’t have anything nearly coherent enough to want to put on stage – but simultaneously, I want to give this project the chance to be something meaningful by not rushing into a format or a performance date. 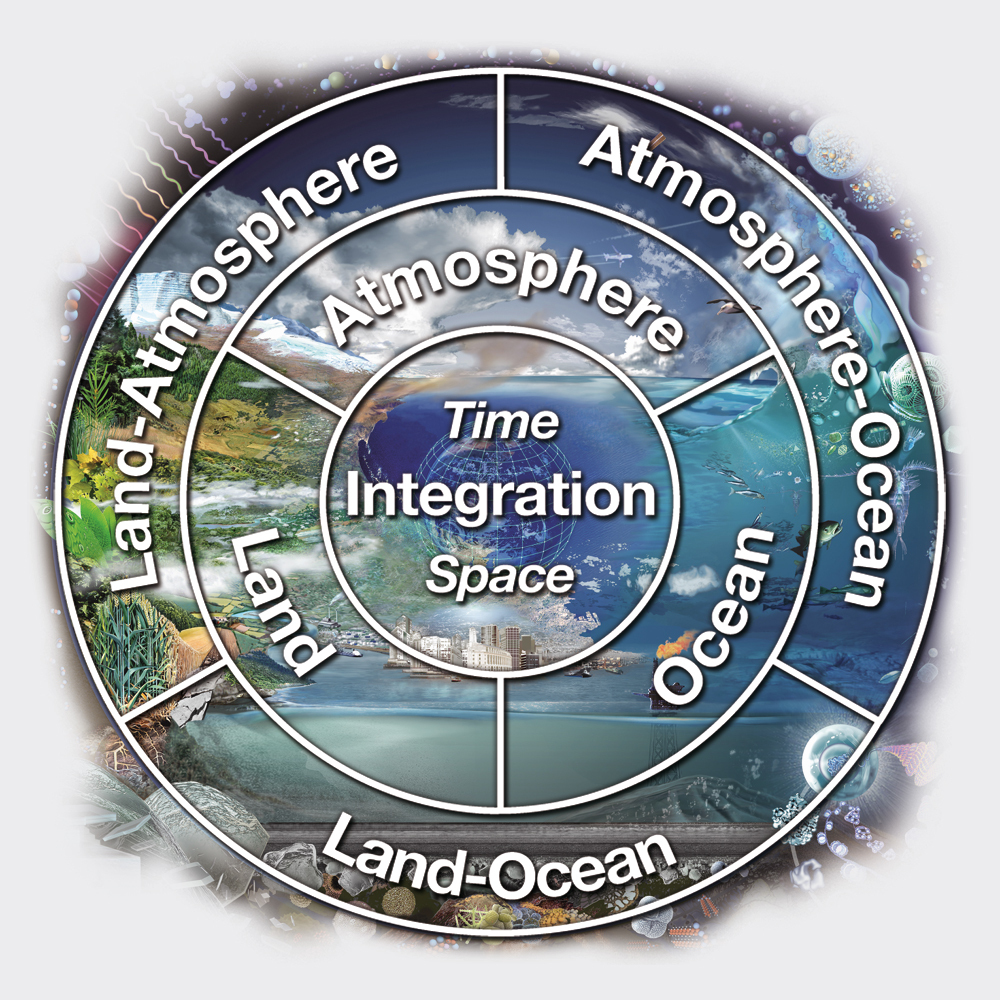 So what is the show? The concept, roughly, is to dig into the field of Earth System Science, which is the massive effort, by tens of thousands of scientists worldwide, to come up with a useful understanding of how the planet works. Oceans, atmospheres, forests, ecosystems, cities; the geosphere and biosphere, how it all fits together.

(Increasingly as part of that, there’s a need to understand how humans work – since people started taking fossilised sunlight from hundreds of millions of years ago and returning it to the atmosphere, if you want to understand how the whole earth works, you need some grasp on how people work. Which is tricky; people are tricky.) 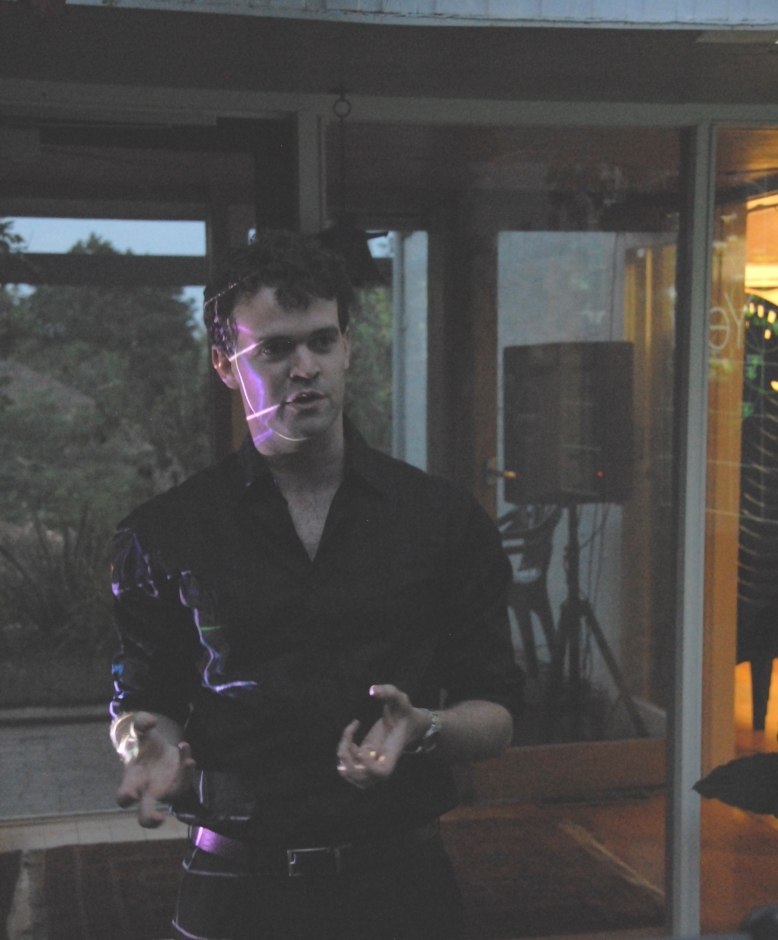 I’ve been fascinated by the science and scientists working in this field for years. Boho has continually brushed up against this work, from Food for the Great Hungers onwards – and in fact Doug Cocks, who was a mentor and consultant on Hungers, has been a big inspiration for this project. But this is the first time I’m really leaning into the idea as the core of a new work, because it’s such a big, broad topic.

Talking about the whole earth system – the planet, the climate, the biosphere, the oceans, global change, population growth, demographic transitions, all of if – is so big it quickly becomes meaningless and numbing. It’s all too abstract. 7 billion is a meaningless number, and so on.

In fact, this is part of my whole fascination with the concept. We’re fundamentally incapable of actually thinking about the whole earth – the scale and complexity is way beyond what our minds are designed for – and yet, actions being taken at the human level are having a measurable effect on all this complexity. We can’t understand it / we have to understand it.

I know I’ll fail at communicating it / I have to try to communicate it.

I did a lot of reading over December – January, catching up on some texts and papers about complexity, the Anthropocene, systems models and so on. And a series of interviews – including a few conversations with my dad, digging into his history as an atmospheric scientist. Now this last two weeks was a chance to collate all this material, bring it together in one place and experiment with it – trying to find a format that can usefully frame it. 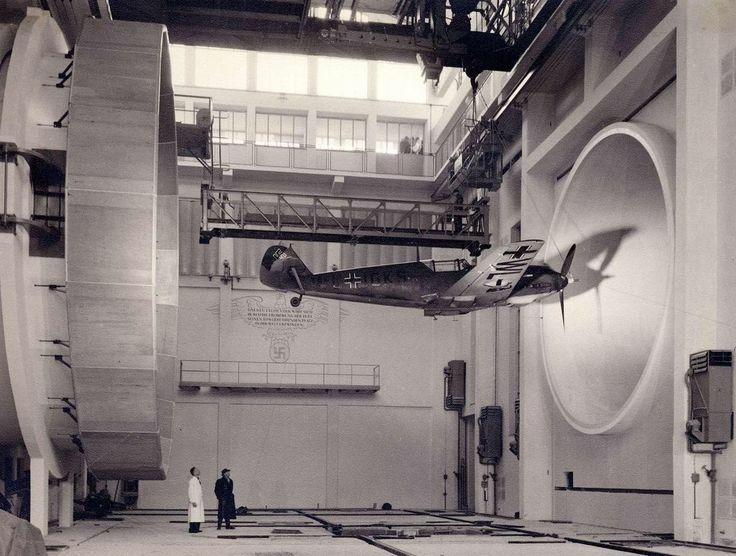 I did two scratch performances, to test two totally different sets of material. For the first, I tried out using my dad’s career as a spine for the story, tracking the evolution of systems models through his experiences with them. Beginning with the model aeroplanes he built as a boy, moving through the wind tunnels at the A.V. Roe Aircraft Factory where he worked as a young man, on to the CSIRO Environmental Mechanics Laboratory, digital climate models, Integrated Assessment Modelling and so on.

The second performance, I took a swing at writing a genre piece in the vein of Kill Climate Deniers and 44 Sex Acts In One Week – a globetrotting spy thriller entitled End Science Now, in which a young military cadet goes under cover to bring down science. This is a pretty chill framework from which to hang some content about the history of the IGBP, the IPCC and science’s changing role in society since the 1970s.

Results: the first performance, I think the biographical angle needs some work. Not quite a false start, but the two stories, the story of my dad’s career and the story of how modelling has changed over the last 50 years, did not speak to each other strongly. 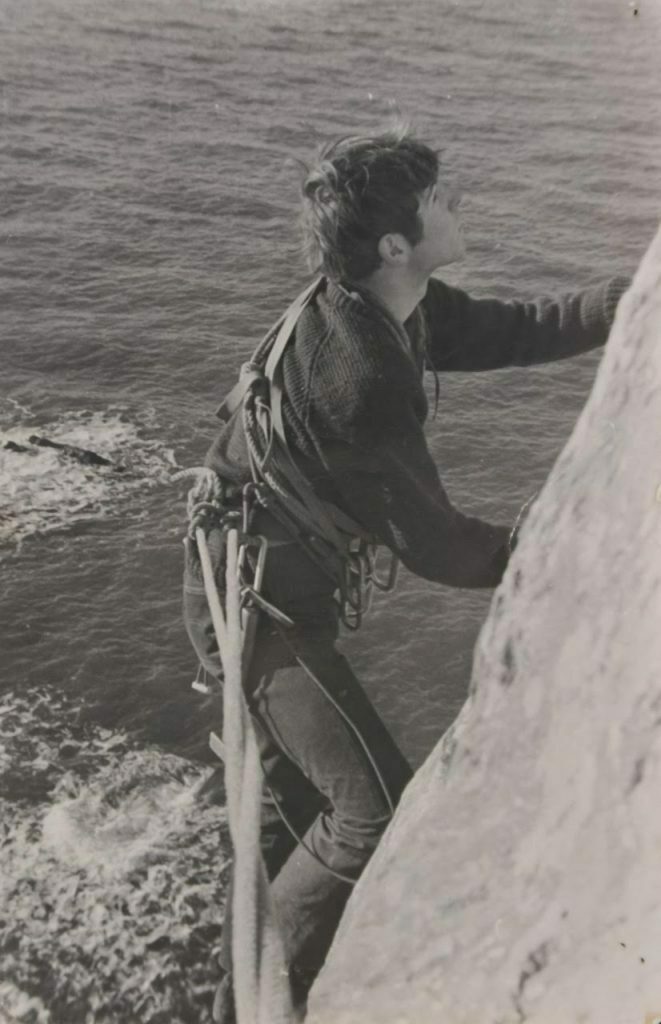 Actually, fuck it, call it a false start. I’m not throwing that performance out (nothing is wasted) but I took all the notes and feedback I got from the attendees and I’m starting from scratch with the writing of that one.

The second performance, it’s a simpler, more playful form, and I’m intuitively more comfortable with it, so it was probs always gonna go over easier. And it felt like a solid beginning, like I can follow that thread more easily. (But who wants a spy thriller about bringing down science? What audience could there possibly be for a work like that? But don’t think like that, don’t think like that.)

Anyway, the other key goal for this fortnight was to produce a project pitch, to put together a document that illustrates – well, everything I’ve just said here, but in a compelling language and in a way that invites funders and project partners to come on board to support this work. And that, that crashed and burned. I thought I was on track for it, up until last night, when at 9pm I was sitting there with a 12 page word document moving text boxes around realising I’m just beginning to be able to articulate what this is.

I don’t even have a confirmed title. I want to call it UNDERSTAND EVERYTHING, I think that’s a good phrase. But Muttley, reasonably enough, pointed out that it’s super broad and kinda meaningless. So then I went through some of Doug Cocks’ work, his writing that has really inspired me to pursue this line of inquiry, and found a quote I liked from him about humanity and the bottleneck we’re facing: SCRAPE THROUGH THIS CENTURY. 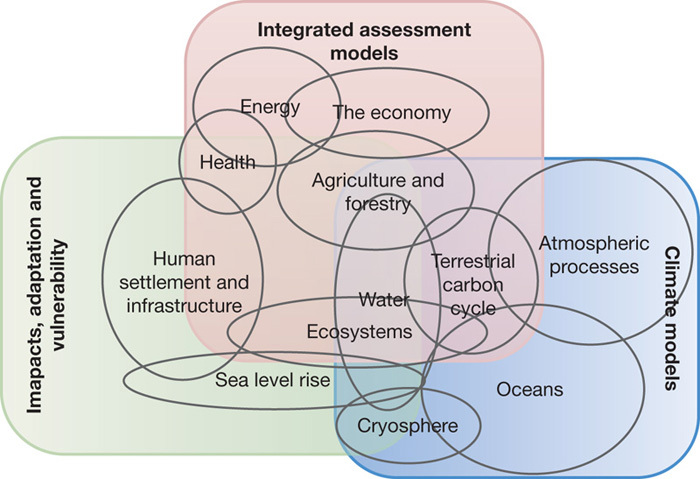 the IMAGE breakdown of how they construct their Integrated Assessment Models

I know you shouldn’t rush titles, but I live in fear of waiting too long and getting to that point where every title seems bad because you’ve lived with the project too long.

So that whole aspect of the residency, that… hasn’t happened. Shall we call that a failure? I failed to make that happen.

And the last two days have been that weird feeling of being lost, at sea, a little isolated and confused, unsure if I’m doing the right thing or moving in the right direction. And now it’s 11pm and I’m sitting outside Dickson McDonalds typing a word document and I feel pretty unmoored, like I’m drifting and not really in control of where I’m going or what happens next.

Plus when I ordered a small fries the guy at the counter was like, ‘Do you want some cointreau with that?’ and I knew I’d misheard him but I couldn’t at all figure out what he’d meant to say and I just stood there, brows furrowed, looking at him, for a long time, until he awkwardly turned away and went to the drive-through window. 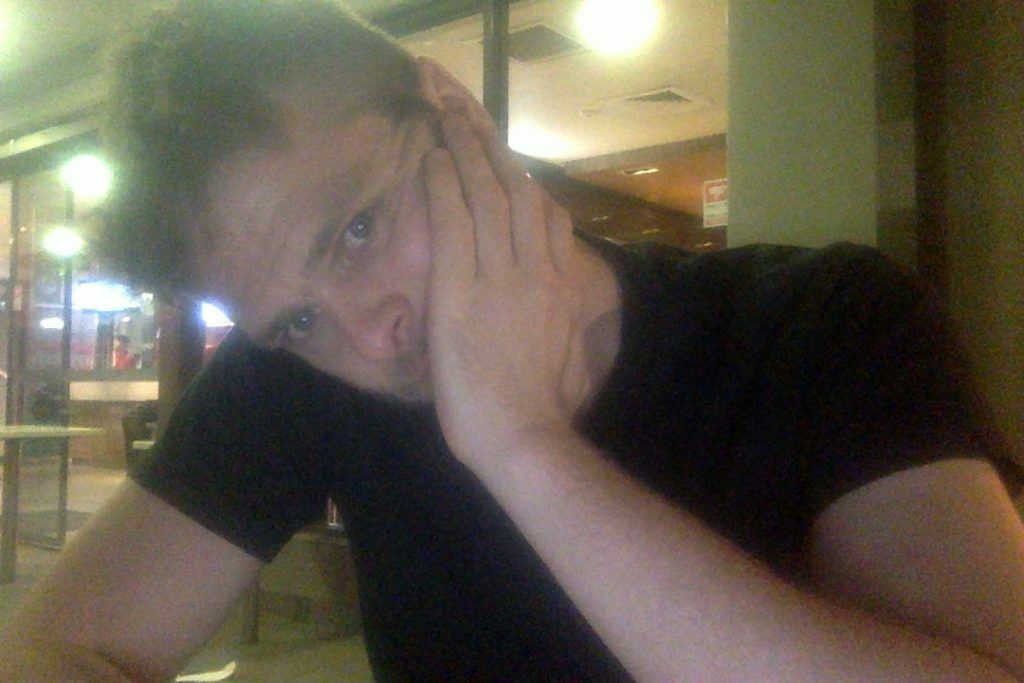 Volcanoes, typhoons, what I’ve been up to in Singapore this month Asiatopa, Water Futures, Foreignoy, if you keep pressing something will give way